I had the Essure procedure done in July 2008 at the age of 30. I had looked into this procedure about four years prior to having it done and thought, ‘Wow! This is great! I can get off of birth control since it causes me to be extremely moody.’ I waited an additional four years to have it done because my insurance at the time did not cover the procedure. When I finally had the insurance coverage, I was living in a different town and looked up a doctor in my area that performed Essure. I met with him only a couple of times prior to having it done. He had no ‘bedside manner’ so to speak and was very clinical, however, he was the ONLY ob/gyn in my hometown that performed the procedure. The procedure was painful and I only received a low dose of Valium to assist with the pain prior to the procedure. It did NOTHING for me. I have always had a very high tolerance to local anaesthetics and pain medications. I had no issues with the procedure itself. I only bled mildly that day for a few hours afterward.

In October, I had to go into the hospital for the recommended follow-up HSG to make sure the coils were properly in place. It was that procedure, I’m positive, that has caused me the most excruciating pain during intercourse. The HSG was even more painful than the Essure procedure. I also have longer and heavier periods that I ever had in my entire life. The cramping that I get around ovulation is almost unbearable and the cramping during my periods is at an all time high. I contacted my ob/gyn about a month after the HSG and let him know that I needed to come in for a follow up because of the horrible pain during intercourse. He did a pelvic exam and when he palpated the area of my uterus that was tender, I almost jumped off the exam table. His diagnosis and subsequent recommendation? Adenomyosis and a partial hysterectomy. According to WebMd, ‘Adenomyosis is a disease that occurs when the cells that normally line the uterus grow into the muscular tissue of the uterine wall. Some researchers believe that it is the result of damage to the inner wall of the uterus during pregnancy, labor, delivery, or a surgical procedure.’ My ob/gyn was VERY hesitant to admit that this was the result of Essure. I KNOW it was. I walked out of his office heartbroken. I haven’t had a female appointment in 4 years because I cannot bear the pain of having a routine pelvic exam done. I wish I had never had this done and I no longer have insurance, so any kind of follow up is impossible. I want to hold the doctor that did this to me responsible, but I have no idea how to go about it. Thank you, Ms. Brockovich, for stepping up so that perhaps something will get done to rectify the horrors that have been done to thousands of women. 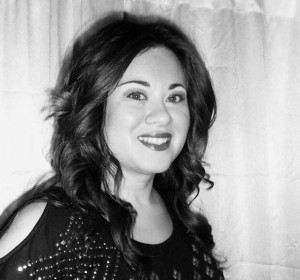