My Wife has had nothing but problems in the last few months since getting the Essure procedure. She has had frequent headaches,abdominal pain, horrible and unusual periods, naseua, and lethargy and it keeps getting worse every day.

It started at the operation itself. It was far more painful and had much more recovery involved than we were led to believe. My wife had notified her OB of having a high amount of allergies, and we were not told of any potential side effects or that metal was used in the procedure.

It really seemed like our OB had a stake in the Essure procedure the way she sold it. She presented it with a load of confidence as well as a dismissal of the possibility of having any sort of complications or side effects.

Worst of all, we are now without insurance since my wife turned 27. We have no options at this point as we can’t afford to have it removed under the mountain of bills involved with having a child to begin with. We aren’t looking to get rich, but it would be nice if we could at least get it reversed and get a different procedure done, and find a way to make her feel better again. 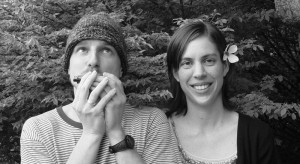