Hello, my name is Roxana Gonzalez and this is my Essure story.

First, I’ll begin by saying that I was diagnosed with an autoimmune disorder named Sjogren’s Syndrome back in 2007.  Rheumatologists are the specialists that treat Sjogren’s and I see him at least twice a year.  Sjogren’s affects many parts of the body and to get an idea of what parts and the common symptoms, please visit this page.

I am the proud mother of 3 children and my youngest was born in October 2009. Pregnant women with Sjogren’s are considered high risk as their babies are at risk of being born with heart problems and can later develop lupus.  For that reason, it was recommended I take birth control pills to avoid getting pregnant.  I experienced some complications being on the pill and my Rheumatologist suggested I get off the pill  due to the hormones within the pills.

When I visited my gynecologist to advise what my Rheumatologist suggested, she talked about Essure.   I then went on to the Essure website and found a doctor nearby that does it.  I had the Essure procedure done in 2011.  There were no problems with the procedure itself.  I was in and out of the office within an hour.  I went back 3 months later for the dye test and everthing came out fine.  No issues whatsoever.

As months went by, I started experiencing lower abdominal pain, irregular mentrual cycle, severe dizziness, heavy bleeding, headaches, brain fog, lower back pain, pain on my sides, vaginal infections, itchiness all over my body, mood swings, cold chills, fatigueness, lower sex drive, and many other symptoms.  Some of these symptoms got worse and it got to the point that I started to get depressed and it got difficult for me to do the simplest of things such as walking.

Essure never crossed my mind as a lot of my symptoms can also be attributed to the autoimmune disorder I mentioned above.  When I started thinking of timing, to me it makes sense that Essure is the cause.  My husband began doing some reseach online and came across a Facebook group about Essure problems.  Since I am experiencing similar symptoms as thousands of other women with Essure, I am now convinced that my suffering is likely related to Essure and not my autoimmune disorder.  In fact, it appears that women with autoimmune diseases and women with a tilted uterus should not get the Essure procedure done.  I have both.

Since all of this just recently came to light, I am now in the process of talking to my doctor to get her input.  It will be interesting to see what kind of a response I receive from her when I blame Essure for my symptoms.  I know that part of the problem is get to doctors to admit that Essure is a problem.  We’ll find out soon! 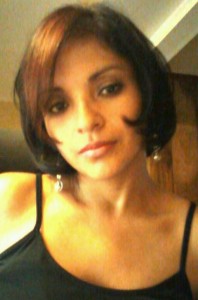 One thought on “Roxana’s Story”