Hello! My name is Sarah and I’m a 30-year-old mother of two wonderful children. I had the procedure done October 2012. My doctors recommended it because doing a laproscopic tubal ligation was not a good option for me (umbilical hernia). I was told that sometimes the coils could dislodge, but no other side effects or issues were relayed to me. The doctor who did the procedure actually preferred to do it under general anesthesia because she was aware of the pain it can cause during insertion.

After placing the coils, I woke up doubled over in the fetal position in extreme pain. The doctor thought it was a very unusual response and gave me a pain injection while I was there and sent me home with a script for more medication. I was also bleeding pretty heavily.

Two weeks later, the pain still hadn’t gone away and neither had the bleeding. I called the doctor who said that the bleeding was most likely from the Depo Provera shot she gave me prior to the surgery. No answer for the pain, just take some Ibuprofen.

The pain now comes and goes, but when it comes, it feels like someone is stabbing me in the side. The bleeding still continues. I’ve had maybe one-week total of non-bleeding days. Needless to say, this has put a real crimp in my sex life. My husband is understandably frustrated. I’ve also gained about 20 pounds since the procedure. No changes in habits or lifestyle and I’m only 30. I have no energy and have had several aural (thought I was having a stroke the first time this happened) and classic migraines. I feel like I have a debilitating disease. My life has been drastically altered because of this procedure. 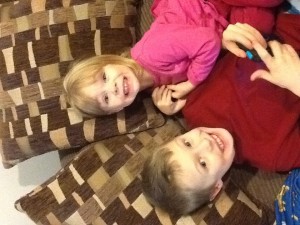