I was implanted in June 2008 after the birth of my third child. Until recently I didnt even realize that all of my problems all added up to my essure and once I did it made me sick. I have always had a skin allergy to metals of a cerain kind especially fake jewelry. I started out ok after essure and though I made a good choice. Later I started to slowly and steadily gain weight without eating any differently. I recently started going to the gym and eating healthier and I am still slowly gaining weight. I have had very painful periods that are alightly irregular but with spotting inbetween recently. I also have quarter size blood clots during the first two days. I have been having pain in my abdomen with bloating to where it looks like I am pregnant  and I am very gassy (its embarrassing). In April of 2009 I was diagnosed with a white blood cell cancer (leukemia). I also have problems with fatigue, joint pain in my hips, weakness, and trouble with concentrating and memory. I recently have to go get an EKG to check out my palpitations and it didnt happen during the test. I also recently had an ultrasound for  irregular periods and they found a cyst on my ovary. I have to go back soon to have it looked at again. Also, I ended up in a mental hospital in Novemner of 2009 due to attempted suicide and depression I have struggled with. I was also brought to the ER three different times for migraines that required shots to releive and I am a daily sufferer of mild headaches. when I found the facebook page ESSURE PROBLEMS (which is how I found out about this page) I couldt beleive how many others were having the same problems with the essure and I still cannot beleive that all my problems add up to this essure! Now that I know I am not just an unhealthy person that is aging too fast and I know where all of these problems is because of something they put in my body and can be taken out I a releived. I plan on going to have my essure removed as soon as I get the $7500. 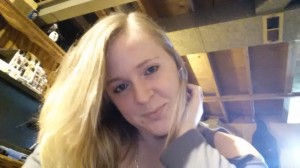