I tested positive with an otc pregnancy test.  The next day I called my OB to make an appointment and was surprised to find out I was over 16 weeks pregnant.

I had recently turned 43 and believed I was too old to conceive any more children.  My oldest Daughter was 25, and  youngest was 12, my boys were 15 and 17.

I had become a GrandMother earlier that year and  my second GrandChild was on the way.   At that time my husband and  I had been married for 16 years, this baby was the most unexpected gift I could have ever recieved.  Zoe Raquel was born 5/28/2013.  She was 3 weeks early and 9 lbs 12 oz.

I had the Essure Procedure in my OB/GYN’s office with the Essure company representative there overseeing the procedure.  I recall some issue during placement, I am not sure what it was,  and I was told that everything went well.  I do not recall any unusual pain or bleeding from the procedure.

I was told that the device needed to be checked for accuracy and testing in 3 months and I should use a secondary birth control in the meantime.  Because of the fear of another pregnancy I chose abstinence for the 3 months.  The couple times I did anything during that time I used spermicidal supositories which had been very dependable in the past.

My appointment for the (HSG), a test that shows whether both fallopian tubes are open and whether the shape of the uterine cavity is normal.  I was advised they were unable to perform due to a positive pregnancy test, and they would notify my OB.

In the following few weeks I recall a cloud of depression that took over my life.  I was overwhelmed by the thoughts and started withdrawing from my everyday activities.  I would sleep excessively and was in a very dark place.  I was in touch with my OB and would make appointments.  Unfortunately, I was unsuccessful at getting out of bed to attend my appointments or to call to cancel.

My New Year was spent at home suffering a miscarriage.  It was one of the worst experiences in my life.   It was a traumatic and emotionally draining experience.  I notified my OB and again, was unable to visit their office due to extreme emotional distress.

I was on auto pilot and continued performing my daily obligations and tasks.  I was unaware I was progressing into a deeper and darker depressive state as time would pass.  I would go into a very dark place in my mind and sleep for days at a time, unable to get out of bed to care for my self, family, and basic responsibilities I needed to live.  My husband started reaching out for outside help because he was unable to help me and I was unable to help myself.  Our home was in a chaotic state and things were progessively getting worse.

My husband reached out to a friend at work and a counselor for advice, he was told my symptoms resembled post partum depression.  I went online and took a post partum depression symptoms quiz.  I had all the symptoms except two, I never had thoughts of harming myself or my 9 month old baby.  I made appointments with a behavioral health provider for help 3 times and missed all 3 appointments due to not being able to get out of bed.

My husband took time off work to take me to the Dr for help and I informed them of my depression and being unable to get out of bed.  I was put on anti depressants and started post partum support groups.  At the time I did not understand that the post partum was related to the pregnancy and miscarriage and just assumed I had it from the baby May 2013 and never knew it.

In the next 3 months of 2 more medication increases and weekly therapy and groups.  I was finally able to function normally again and care for children, self, and family.  During that time I had mapped out the previous year with timelines and appointments and finally was able to pinpoint the depression to the 11/2013 pregnancy and 01/2014 miscarriage.

I made my first successful appointment with my OB since the placement of the device and obtained my yearly check up and a new referral for an HSG.

HSG was performed and I was told that only one side of the procedure worked and that the second implant was missing.  They looked around for the device and were unable to find it and said more than likely it fell out in the first 3 months.  They informed me they would be notifying my OB of the results.

I started researching post ‘Essure’ for updates and information that was not available prior to the placement August 2013.  Finally, all of the puzzle pieces and timeline finally fit together and made sense for the first time in over a year.  I suffered depressive episodes this last Thanksgiving, Christmas, and New Years and realized I needed to inform my healthcare provider.  This week my medication has been changed and I am focusing on keeping my depressive imbalance/disorder in check to avoid any additional struggles or hardships this year.

Due to all of the personal stories I have read,  I requested an x ray to locate the missing device in case the HSG missed it somewhere.  I will then proceed with a tubal ligation which I should have done in the first place.  It would have saved me a lot of time, suffering, emotional distress, and financial hardships that I have experienced as a result of these events.

2014 was emotionally the worst year of my life I had ever experienced.  I have kept the details of additional emotional disruption and utter chaos that happened during and tried to focus on the procedure timeline and side effects experienced.

I will update my story after the x ray,  any additional procedures,  or complications with this related depressive condition.  If you are reading this and have had a similiar experience, my heart is with you, and stay as positive as you can:)

Thank you for reading my story. 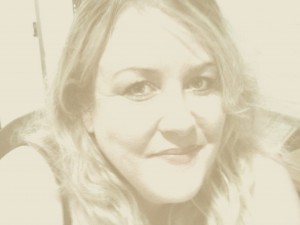 One thought on “Shanan’s Story”