I’ve been chasing my symptoms for years now, I’ve never had health problems before and over the past years have gone to the doctors with lists of issues, after so many tests and suggestions never really getting any satisfying answers or diagnosis I started to look into my symptoms online and I found that a lot of my symptoms were the same as many women who we all had one thing in common… Essure! I got Essure months after my 4th child was born. My periods have been heavier and irregular and I had been regular my whole life prior. I notice my hair started to thin, fall out and has become brittle, I always have some random itchy rash on my legs, I have dibilitatating migraines, I have chronic pain especially lower back pain, pelvic pain and pain during intercourse, most mornings I feel like a bus hit me, I have to sleep on a heating pad nightly, moving it from my pelvis to my back. I have memory, concentration, confusion and mood issues. They diagnosed me with Fibromyalgia and ADHD both since the Essure procedure, none of these issues did I have prior, and they all came pretty quick and have not gone away with any treatments. In my search to find out what is really wrong with me, I have also been diagnosed with Vit B and D definciancy, and three pelvic organ prolapses. This Friday I am going to see the surgeon and he will be giving me all the X-rays, tests and such to determine what will play out in my surgery to fix the prolapses and they did say likely a hysterectomy, I will be asking for Essure to be removed for sure!!! I just want to feel like myself again, and be the mother I use to be to my 4 kids!! Please if you’re considering Essure, don’t!!!!! 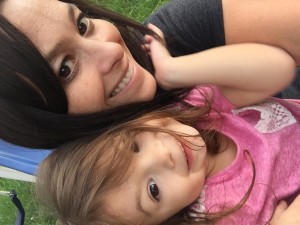