I was implanted in July of 2005, just weeks shy of my 25th birthday. I am the proud mother of two children that were 5 & 3 at the time. My ob/gyn that I trusted and delivered both of my children highly reccomended Essure sterilization when I told him I wanted to have my tubes tied. All other birth control I tried (i.e. pills, depo) wreaked havoc on my hormones and body. My doctor encouraged Essure as it had little to no down time and was a quick outpatient surgery. He stated that the ONLY side effects were never being able to have children again and I may have some mild cramping and bleeding for a little bit after the initial surgery. Keeping in mind how young I was and the fact that I was a  mother of two young very active children  and a full time employee of a busy company the speedy recovery was quite appealing.

In 2007 I have documentation via my medical records that I complained about the inflammation and pain in my pelvic region, as well as major weight gain. My doctor did nothing about my concerns for my pain and as far as the weight went, he suggested I try a diet called Medifast that his wife was conveniently a spokes person for. Completely dissapointed in this doctor that was the last time I ever saw him.

Fast forward to July 2013 and a few doctor visits and ultra sounds later all to no avail… The pain has gotten so sever it feels as though my coils are not only going to puncture through my tubes and skin, but that they are now radiating heat like there are two miniature curling irons in my tubes on fire. My belly is constantly distended and inflamed and in pain. Any exercise only exasperates the issues. My periods are now at an all time heavy flow and more painful and quite frankly so is intercourse. I am ONLY 33 fore pete’s sake. This should not be happening. I thankfully Googled Essure Removal and eventually found the Facebook page, ‘Essure Problems’. For the first time in 8 years I was NOT crazy, I was NOT a hypochondriac, I was NOT alone! At that time 1,600 other members validated everything I had gone through for the past 8 years of misery. Through this group I found a local doctor that agreed to remove my tubes in an effort to get me comfort again and get the nasty coils out of me. He strongly believed that 80% of my issues were a direct cause of the Essure coils.

My tubes & coils were removed on the 28th of August. As soon as I woke up I was told that the Essure coil in my right fallopian tube had protruded the tube. My doctor told me he believed it was like that for a long time. Knowing I had been to other physicians, emergency rooms included because of the gut wrenching pain I was in and had ultra sounds and xrays that all suggested my coils were properly placed, it turned out that they were wrong. My right side has taken longer to heal and has some residual aching left presumably from the coil scraping along my insides for who knows how many years.

Alas, my Essure saga is not yet done, because as suggested by one of our amazing Administrators on the Essure Problems Facebook page, I had an x-ray and MRI to make sure all of the coils bits and pieces were removed, and sadly they were not. My operative report stated the coils broke into two pieces on each side which apparently not all pieces were collected. I had Fluoroscopy scan to verify that the foreign bodies left behind were not surgical clips, they are in fact pieces of Essure coils. My next step in this nightmare is to have these last remaining pieces removed with yet one more surgery.

You know that famous saying, ‘It’s too good to be true’? In this case with Essure it could not be truer. 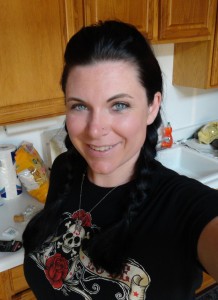