I had the Essure procedure done in 2009 after the surprise birth of my twin boys. I told my doctor at the time I didn’t want anymore children considering that I now have 4 boys an step mom to 2 wonderful girls (6 children total). She told me that I needed the Essure it was a simple in office procedure an no down time, which I thought was great. I researched it for a few months an it sounded perfect. After the placing of the coils an a few cramps I was ok an went to my 3 month check up an all was good. About 6 months after though things changed, I was drinking more fluids, tired, an more things compiled as time went on. After countless of doctor visits tests an no answers I started loosing faith. I started looking over the time line an noticed things started happening after the implant, I called my OB an to my surprise she wasn’t there she moved offices. I asked them if someone could talk with me about possible issues with the Essure an I was assured that nothing could have happened from the time my 3 month appt happened.. I belived them an figured out I would have to go an get another opinion. I called a few other doctors an to my horrifing amazement they weren’t able to tell me anything because they didn’t know what I was talking about. I finally found a doctor willing to explore this Essure an learn about it with me being the guniea pig. With a few x-rays an ultra sounds we learned together that the coils were ripping my tubes apart when my cycle started, because my tubes were unusually large.

The doctor was horrified to see this an apologiezed for my pain an couldn’t imagine the pain I felt every month. However he told me that he would have to research away to remove it without a hystorectomy. I have been referd to a new doctor that has done a removal before an is willing to do it again if health an all other things are infavor… I wouldn’t recomend this to anyone. When mine are out I will be so happy an relieved 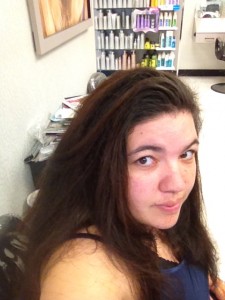