I just happened to stumble on a Facebook post about the dangers of Essure yesterday.  I could barely finish the story, as I was overcome by so many emotions.

I don’t even know where to start, as the last 6 years of my life have been a living hell.  The first four years I started having symptoms, doctors treated me like I was out of my mind.  Everything I was experiencing, didn’t fit into any of their text book diagnosis’s, so I was just told they couldn’t help me.  It wasn’t until 2 years ago, that I was so sick, and my symptoms were so severe, I was put on an auto immune medication.  I had three small children at the time, and going through this experience has robbed my family and my marriage of so much.  It kills me to think this all may have been preventable!  For the last two years, I have been living with the diagnosis of a ‘lupus like’ condition.  My symptoms include severe joint pain ( sometime to the point that I have trouble walking.)  It has been so bad that I am unable to get out of bed, or even hold a coffee cup at times.  Migraines, fatigue, severe hair loss to the point I have to wear a wig, 50 lb weight gain, and heavy periods are also things I have been coping with.

Imagine my surprise after seeing the video and stories that I realized all of my symptoms started just a few months after I had the Essure procedure.  I did question if it could have been Essure years ago, but didn’t find the information I am seeing out there today about auto immune related issues.  I am now seeking out information  on having them removed safely. 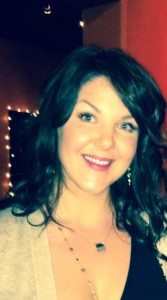