Two years ago I had the Essure procedure done by my OBGYN. I was told by her thst it  was a wonderful new alternative to the traditional tubal ligation. I was told it was easy as 123. A completely painless procedure done right there in the office and a 3 day recovery at the most and I would be back to normal, as good as new.

I went in to prepare for the procedure. I was given a pain pill and a tranquilizer. After about 20 min. I was taken into the examining room. I was introduced to an accompanying  physician and told he was there to help with the procedure because my OB had only performed a few of them.

I was given a couple of injections to numb the area and then they began. Almost imediately I was screaming in pain. I was feeling every bit of the coils being inserted. The doctor that was overseeing instructed my OB to keep going that it was too late to stop. It was the most traumatising experience ever. It was like being in a torture chamber.

When it was over, I was freezing cold and shaking uncontrolably. My OB was profusely apologizing and holding me as I tried to stop shaking. It was horrifying.

I went home expecting to recover in 3 days. Well I was in a substantial amount of pain even a month after the procedure.

I am still experiencing pain and have had scans and ultrasounds with no results. i have heavy periods now and other unexplained symptoms.

I was in the ER just last week with severe abdominal pain. A CAT showed fluid in the pelvic area but they did not tell me where it was coming from. I was bloated and was in so much pain. I was sent home and told to follow up with my OB.

I went to the OB for ultrasound and was told there was no fluid in the pelvic area anymore and everything looked fine. But, i’m still in pain.

I was diagnosed 2 years ago with Type 1 diabetes only 5 months after this procedure. I’ve often wondered if the trauma from that incident triggeted the onset.

My quality of life has changed since the Essure procedure. I am now losing my hair, have developed a very fast onset of  big lumps on my finger joints that I have not recieved a diagnosus for. I have often thought that maybe a lot of the issues I’ve had since then were related to the Essure. But now that I have researched and read so many other women’s stories I am Inclined to beleive that the device is causing me pain and suffering.

I feel I was lied to and coherst into recieving a dangerous procedure.

If there is a way to have these safely removed I certainly would like to have it done, but there is no way I coul afford it out of pocket. Especially since I quit my job because of all of the health issues I am now living with. 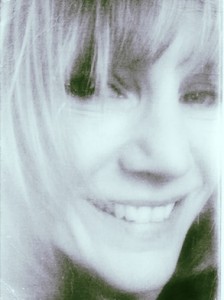