I decided to get the Essure procedure done in February 2012, because I had a very complicated first pregnancy. The second one was perfect, but with two kids and my mother having terminal brain cancer, I didn’t want to have any more kids because I didn’t want to have to have kids that wouldn’t get to meet her. So I got Essure, simple, easy, fast, and no hormones.

I was told it was safe and had heard no issues. I heard things online, but didn’t really think anything of it because I had heard wonderful things as well. The procedure was perfect, I felt fine. The picture they gave me had shown one coil…not two. I was curious, but figured the Doctor knew what he was doing.

I went in 3 months post op for the HSG and the woman put too much dye in the tubes and the balloons popped so I never knew if both were closed…but she said it was, so again I believed her. What do I know right!

I have begun to have bad cramps and back pains and others have spoken of the exhaustion, I thought it was because of my kids, but after all this I really do believe that everything has come from this. I am scared to have a Hysterectomy and I don’t have insurance or the money to get it reversed, so I have no clue what to do. But this pain has been horrible. 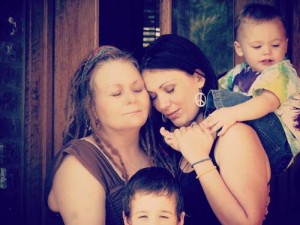