In January of 2010, my gynaecologist told me that I needed an ablation. I was 39 at the time and didn’t want any more children. She promptly handed me a brochure about Essure. She strongly suggested that I have the Essure coils put in at the same time as the ablation. When I hesitated, the doctor pressured me by saying how easy and effective Essure was and had me make an appointment that day.

When I woke up from the procedure I was immediately in terrible pain. I was sent home anyway. Within a few weeks I began to have foul-smelling vaginal blood. I had developed a pelvic infection and was put on oral antibiotics. After several courses of antibiotics including a series of injections, I was still very sick and I had to be hospitalized. The gynaecologist who had done the Essure placement and all of the other doctors in that practice put me on many different IV antibiotics and still couldn’t cure the infection. They finally had to consult with an Infectious Disease specialist who told them what mixture of IV antibiotics to use. I was sent home after four days.

I then began to develop constant UTI’s that were hard to cure. I had NEVER had a UTI until I had Essure put in! As time went on, my health began to deteriorate. I developed unexplained fevers, horrible rashes, severe migraines and an overall feeling of weakness and sickness. I developed fibromyalgia, severe arthritis all over my body and neuropathy in my legs. My PCP did several rounds of comprehensive testing over a two and a half year period including blood work, MRI’s, and CAT scans. He sent me to see many specialists. Whenever I said I thought I was sick from the metal Essure coils, I was basically laughed at and dismissed. I began to think I was losing my mind. I got depressed and anxious. Eventually I wound up in pain management where I was given steroid injections in my spine. I was given a combination of very strong pain medications including Percocet, Oxycontin, Fentanyl patches and Lyrica.

By the summer of 2012, I was on a regimen of medications that would be given to a terminally ill cancer patient! I literally felt like my body was dying! I had been doing online research for two years and I was certain Essure was at the root of all my medical problems. I knew I needed to get the Essure out of me and the only way was to have a hysterectomy. It was basically impossible to get a doctor to do the surgery. Finally I went back to the original gynaecological practice that had given me the Essure procedure and saw a different partner. He did not think the Essure could be responsible for my problems but he did feel sorry for me. He said he would do the hysterectomy electively if I insisted. This doctor actually left the decision up to me! I said I felt I had no choice and the hysterectomy was done on October 16th of 2012.

This may sound impossible but right after the surgery my extreme pain issues virtually disappeared! It is now about six weeks after the surgery and all I need to control my pain is ibuprofen! I am still getting migraines and my immune system is still compromised so I still catch every virus I come into contact with. I found out through exhaustive research that what I and probably many other Essure sufferers have been inflicted with is called Implant Syndrome from the metals in the coils. This condition can gradually wipe out a person’s immune system. At this point, all I want is for Conceptus and the doctors who victimize women with Essure for financial gain, to be held accountable for our suffering. I want Essure taken off the market so it cannot destroy other women’s lives like it has mine. I am more grateful to Erin for taking up our cause than words can express! We all need you to be our voice because it seems that nobody else cares. Once again, thank you, Erin! 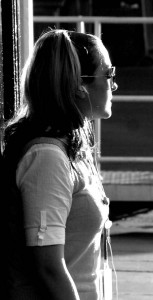