I had my Essure put in place in July of 2008. I have since had prolapse issues that I believe are caused by the Essure spring. The doctor that performed the procedure had a hard time getting in the right spring. This is the one that is visibly lower in the 4th HSG scan that I had, that also confirmed that the right side was not fully sealed 14 months after placement.

I have been told by another (male) doctor that performs the Essure placements, that there is no way that Essure caused my prolapse. I now have increased risk of ectopic pregnancy and the only solution is to have them surgically removed. I did know going in that there were risks but the doctor that did my placement was so confident that it was an easy procedure and reassured me that she had done hundreds.

I am now sceptical to try and ‘fix’ the situation as the doctor that I have seen has not done any visual tests and wants to go in blind and put a clamp on the spring. I really do not want one more thing inside me. I now have to use other forms of birth control and it has been horrible. Out of all the crazy stupid things I have done in my life, getting Essure is the only ONE thing I absolutely regret. 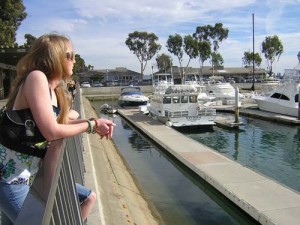