I had the Essure coils inserted in my tubes in December of 2010. I have had problems ever since. First I had bad painful periods. Then all of a sudden, they stopped. I would get it them once every 5 or 6 months. Kept going to the doctor because I still had the bad cramps. She thought I was experiencing pre-menopause syndromes. Then about 5 months ago I started experiencing bleeding after intercourse. Sometimes my bleeding would last for 3 weeks. I’m tired all the time.  I am nauseated from time to time, dizzy, bad pain on my right side. I have horrible pain after sex at times.

My doctor doesn’t know what’s wrong with me now. She saw something during an ultrasound near my right ovary. She said it could not be cyst. I have a feeling it’s one of the coils, and it’s moved. Having MRI next to find out what’s going on with me. I am tired of all the pain. I want my life back. Now I know that should’ve listened to women’s intuition. I shouldn’t have gotten the Essure procedure. I should’ve just gotten my tubes tied. If you are considering getting the Essure procedure done, don’t do it! It’s got a lot of side effects, that they don’t tell you about! It’s not safe! 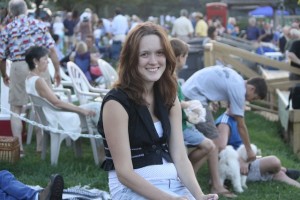