After having 3 wonderful children, my husband and I decided our family was complete.  We spoke with my  O.B. about different options.  He suggested Essure.  I was told that it was a fairly new procedure, that it was safe, with little to no side effects.  So in February 2006, I had the Essure procedure done.  I recovered within a few days and went on about my life.  I did not notice any unusual problems with my body until July 2011.  After returning from a trip, I noticed that I was gaining weight rapidly.  Ten pounds a month.  I began having stomach problems: bloating, gas, very bad cramping, back aches, headaches, leg cramps, terrible fatigue, 3 menstrual cycles a month, and so many other issues.  In 2009, I was diagnosed with pre-menopause.  So, all of these symptoms, to me, were just due to menopause.

I have suffered from severe depression due to all of these symptoms, to the point where my now X-husband, gained full custody of my two small children because the courts did not think I was capable of taking care of them.  Over the past 4 years, I have been diagnosed with low thyroid, vitamin D deficiancy, been put on 4 different anti-depressants, probiotics, migraine meds, anti-anxiety meds, and a slew of other pills.

Six and a half weeks ago, while going to the bathroom, I experienced a sharp pain in my uterus.  So sharp that I was doubled over in pain.  I went in to see the nurse practicioner.  She took a urine sample and found blood in my urine.  I was put on antibiotics.  After completing the first round, I was put on yet another dose.  I was NOT convinced I had a UTI.  I then scheduled a vaginal ultrasound.  During that visit, I was informed that I indeed, did not have bacteria in my bladder and I had NO UTI.  The vaginal ultrasound found nothing wrong.  I then saw my OB who did a pap-smear.  When he touched my cervix, pain shot through me again.  The pap test showed nothing wrong.

So off to radiology I went for an X-Ray of my abdomen.  The doctor said that both coils are still in tact in my fallopian tubes and it will be no problem removing them on May 23rd.  However, what I see on my X-Ray is totally different than what he explained.  One of the coils looks like it is in my uterus.  The cause of the stabbing pains has yet to be discovered.

Since the sharp pain first occurred, I have had constant diarrhea, nausea, headaches, and the sharp pain in my uterus is still there.  Tomorrow, I am going to yet another doctor for an ultrasound to see if something is wrong with my gallbladder.

After reading all of the side effects other women have experienced with Essure, I feel that SOMETHING is terribly wrong here.  This product needs to be taken OFF of the market.  It has destroyed so many wonderful women’s lives as well as entire families.  I will make certain that my doctor takes pictures of where these coils are, and see to it that NO ONE ELSE GOES THROUGH HELL LIKE SO MANY OF US HAVE. 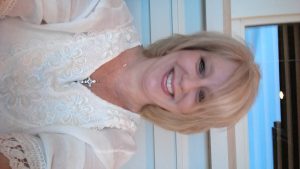