I got the Essure implants after the birth of my 6th child, in 2010. I was almost 40 and was positive that I wanted to shut down the baby factory. I’d never had any problems with my monthly periods, in fact, other than the fact that I was bleeding, I would not have known that I was having my period. I asked my doctor about all of my options and he gave me three brochures. I don’t even remember what the other two were, but he made Essure sound like it was heaven-sent. Since I had no reason to mistrust him, and because I was an emotional wreck at the time, I opted for the implants.

By the time I went back for my Essure follow-up exam to be sure that the blockage was complete, I knew that something wasn’t right. I told the doctor about the severe cramping I was getting, even when my period wasn’t due to start for another couple of weeks, along with the fact that when it finally did start, I had terrible cramping, severe backache, very heavy bleeding that went on for an entire week, and migraines, which I had not suffered previously.

He told me that he had never heard of any such complaints related to Essure and recommended that I take it up with my midwives. Since my state health insurance was about to expire and we couldn’t qualify again, we were not financially able to pay for further visits out of pocket, so I was never able to address my issues.

To this day, I suffer cramps and migraines that are not related to my periods. When my periods start, for the first couple of days, I’m nearly incapacitated by the pain, particularly if I get a migraine, too. I hate that I am not able to be there for my son in the way that he needs me to be and I kick myself on a daily basis for not looking into these things more thoroughly before I agreed to have it done. If I had even an inkling of the possible side effects, there is no way in the world I would have gotten these things put inside of me. 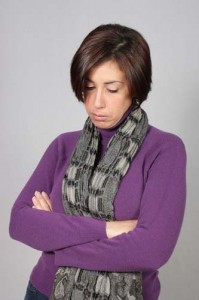