In 2009 I had the essure procedure done.

I just gave birth to my third child and didn’t want to have anymore babies. But now I wish I never had done this to myself.

None of the doctors told me that there were any side effects to it.

So I had it done.

It messes my life up. I’m not the same person anymore. I’m depressed with horrible headaches when I start my cycle.

I will tell anyone not to do this to themselves and their families.

I don’t have my family due to essure. I want essure out. I want to be me again 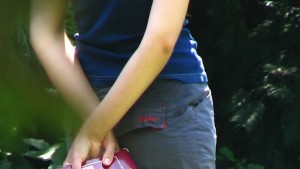