I had the Essure procedure done on August 9th, 2012. Within a month I felt like my ovaries were swollen. I continued to feel discomfort but thought nothing of it, but on November 23rd I ended up in the ER with terrible pain on my lower right side. After an entire day in the ER and an Ultrasound and a Cat Scan, it was determined that I had a large ovarian cyst on my right ovary. I was given pain medication and told to see if it went away on it’s own.

A few weeks later, after a period, I went on to have the HSG test (on a Thursday) and was told that they are in place and working as they are supposed to. On Monday I noticed some spotting but was told that it could be the dye from the HSG. I had an appointment for an Ultrasound the next day, at the ultrasound I was told the only thing showing up was a small follicle on the right ovary. That night I started a full period, it was very heavy, with blood clots. I found this to be alarming as I had a period just a few weeks before and have always been very regular.

I spoke with my Ob/Gyn and she didn’t seem too concerned with any of it. I explained to her that I still have pain daily in the same spot and in my lower body front and back and could it be related to the Essure procedure, she said she didn’t think it was and let’s wait and see after the next period what happens.

At this point I decided to go ahead and research some on my own and was completely shocked to see women having the same complaints. I have joined the Facebook Group and through there found a Doctor (have an appt Jan 23rd) that I hope will remove these coils from my body. I also was able to contact my insurance company with the insurance codes that were posted on the Facebook page and found out I will be covered. For that I am so Grateful. The only positive I am able to take from this whole experience is that I am not alone and what I am feeling is real pain and that I am not crazy. I really hope something is able to be done to get this horrible product off the market. I want to Thank Erin for starting this website. Thank you for reading my story. 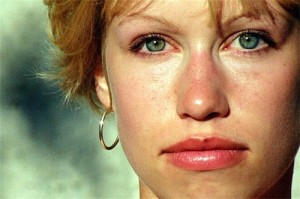