I had the Essure procedure last summer.  During the procedure my doctor had difficulty with my right tube.  I was in so much pain during it I almost fainted. They ended up having to pull the right one out and used a new one to try and insert. They used three units total.  The procedure took a lot longer than it should have because of the issues with my right side.  The pain during the procedure was horrible.  I gave birth to both of my son’s with no medication so I’d like to think I can handle some pain!

There was bleeding and pain in the right side for several weeks after they put the implants in.  When I went in for the test to make sure everything was all right, they discovered that the implant on the right was not in place.  This was very uncomfortable as well.  Everyone seemed very puzzled with the discovery.  My doctor said everything should be fine but she was going to call the Reps at pressure to confirm.  Well I ended up having to go in for a tubal ligation because they wouldn’t guarantee that the implants would work.  She was going to take the right implant out and tie my right tube.

After surgery I learned that she decided to tie both tubes and she did not remove either implant.  The right implant was too close to my bowel and she was worried that it would cause more issues is she removed it.  Today my symptoms vary.  I have bad cramping on the right side and feel tired all of the time.  I am worried that I am going to have more issues later on because the implant is not in the right place.  A few days after surgery I got a bad infection around my belly button(where she went in for the surgery).  She put me on heavy antibiotics and it stared to clear up.  At that time she told of me that they had issues inserting the implants because my tubes were the smallest she has ever seen. Not sure what to do!  Very frustrating! 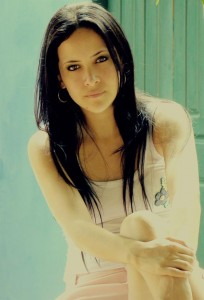