I had the Essure procedure done in late 2008, after the birth of my daughter. I was 31 years old at the time and my daughter was my fourth child; so I was finished having children and wanted a permanent birth control option. In the months following Essure, I began having horrible menstrual cramps (when usually I had very little discomfort or issues with PMS).  I have been having stabbing pains in my lower abdomen, usually the right side, but sometimes the left side as well.  My periods have gone from being regular and ‘normal’ to guessing when the next one will happen and when it does, I usually cannot get out of bed without the fear of flooding my clothing as well as the floor.  I’ve also had a horrible time with blood clots.  Some months they range from the size of a dime to the shape/size of my ring finger.  However, this month I ended up calling the ER because I passed multiple clots that were at least 2-3 inches in diameter.  The clots so large, that I felt like I was passing clots after having a child (women who’ve had vaginal births probably understand what that means).  I have also started having migraines, I now suffer from anxiety attacks as well as depression.

Given the chance again, I would never, ever have had the procedure done.  If I could afford to have them taken out tomorrow, I would definitely do so. However, most of the places I’ve found charge upwards of $4,500 for removal and the closest one is 9 hours away.  If you’re considering Essure, please, please think again.  I thought I was alone in this, but after a quick search of the internet and Facebook, I am not alone.  I’ve gone from being a fun, social, life of the party gal to a depressed, hurting, lump on my sofa.  I just want my life back. 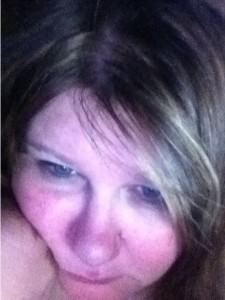