I had the Essure procedure done in November 2011 and I have been having issues with it ever since but I was unaware that my issues were due to the Essure. I have complained to my doctors about heavy bleeding, inconsistent periods, back pain, I’m emotionally drained and physically drained and I was starting to think I was depressed but I just couldn’t figure out why I just didn’t have the energy to do anything.

I at first was experiencing abdominal pain when my menstrual was getting ready to start but now I have pain and bleeding all the time for no reason and I have not been able to figure out what the trigger for the pain is if there is a trigger. I even have pain during intercourse and I just couldn’t understand what the problem was.  I was told that the only thing that can be done is a hysterectomy and if I didn’t want to do that to take these birth control pills that would allow me to have a menstrual every 3 months. This is not helping at all.

I am still bleeding and having horrible pains and I know that it may sound crazy but I absolutely do not want a hysterectomy even though I do not have any plans of having any more children. I was looking for information about the Essure removal procedure but I am not having any luck finding anything affordable since insurance companies will not cover it. I do have insurance but I am not sure they will cover it and especially since I have not been able to find any doctors in my state that provide this procedure.

Are there any doctors other than in North Carolina that know how to do the reversal of the Essure? I can honestly say that I feel a little better now that I know I’m not the only person going through these changes and I’m not going crazy as I was starting to think I was. I am strongly considering getting this reversal done because I honestly believe that I can’t possibly feel any worse than what I am feeling now. 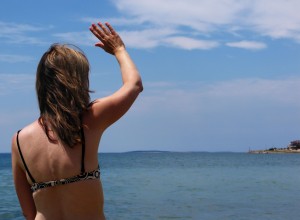