After being diagnosed with a heart problem I was told no more children. I spoke with my Doctor about getting a tubal procedure done and he told me about the old fashion type and Essure. I chose Essure because he said it was quick and almost no recovery time with no side effects.

The procedure itself did not go well. The first coil he tried to implant was crocked right out of the pack, so he had to use another one. When he did the other side, the coil would not release. So instead of being tight, it started to unwind. It took him a few minutes for it to release into my tube because of this. After the procedure he went to sit me up and I got really nauseous and dizzy. He had me lay down, saying my blood pressure was dropping. Thank goodness the only thing in my stomach was water because I vomited it up.

The next day I had swollen so much that I looked pregnant, I had to wear pants from when I was 50lbs heaver. I had horrible cramping that lasted for about 4 days. I went back to the Doctor 5 days later and was told they did not know why I swelled so much and why I was still swollen. They said they have never had that happen and if it keeps up talk to my regular Doctor because they don’t think it can be from the procedure. A week later I am still a size bigger than I was before the procedure. At the end of each day I am so bloated and swollen I look pregnant. Before the procedure I never had bloating issues so I am not sure what is going on. I wish I had just had the traditional procedure done. I would be done recovering and be back to my normal routine instead of missing work again and going back to the Doctor. 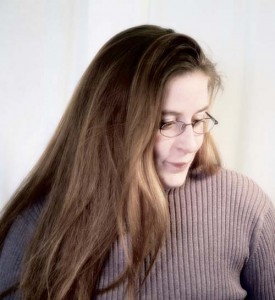