I had the Essure procedure done just a few months after the birth of my twins in 2006. I had asked my Doctor about doing a tubal ligation but he assured me that Essure was the way to go and was so much better than having a tubal ligation. I did do some research on Essure, but in 2006 there was not a lot out there.

In 2008, I was having such severe pain in my abdomen and under my rib cage that I went to the emergency room. They ran several tests, finding nothing. I also got the feeling that the ER Doctor thought I was exaggerating because the intense pain would move from one area of my stomach to another. He made a comment or two about how the pain wasn’t always in the same location. They finally told me that I must just have a virus and sent me home.

The one thing I did find odd was after I had a CT scan the Doctor asked me about the “foreign” objects next my ovaries. I had to explain to him that they were Essure coils. Within a few days again all my aches and pains seemed to vanish. I felt like I was going crazy. I did however start to notice a trend, I would start having these aches and pains about the time I would ovulate and that they would seem to disappear within a week of starting my period. I am not one to go to a Doctor unless I really have too. I thought for sure the Doctors would really think I was crazy if I tried to explain all of these random symptoms I was having.

As a teenager I was never able to wear ear rings, cheap necklaces, or even watches because they would irritate my skin. Suddenly the “gold” rings I had been wearing for years started to cause rashes on my fingers. After a little research I learned that even 12K and 14K gold contains small amounts of nickel. It got to the point that I had to stop wearing all jewelry.

At this point I still had not but two and two together until 2010 when my Aunt fell and broke her wrist. In a conversation with her she mentioned that her Doctor asked her if she was allergic to nickel before they did surgery to place pins in her wrist. She thought it was odd, but that is when the light bulb went off in my head and everything started coming together. I started doing research on Essure and found blogs about people having some of the same issues I was having. I also noticed that the Essure website said something about being tested for Nickel allergies before having the procedure done, if you thought you might have an allergy to Nickel.

I have gone to two different Doctors and both have told me that it was extremely unlikely that the Essure was causing any of my issues, yet they have no explanation for what seems to be going on. I still feel like they think I am crazy. I know I have only been two Doctors, but they both made me feel like most of this is in my head!! I am afraid to go to another Doctor. Maybe I am just crazy, but the pain continues to come more frequently and more intense. 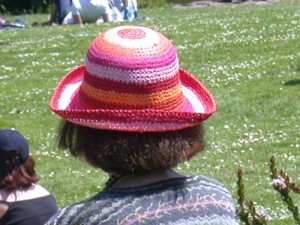