I am 23 years old and i have three boys.

I got Essure done in August 2012 because I do not want to have anymore kids and didn’t want to be put to sleep to have them tied.

I wasn’t told of anything that could happen afterwards besides cramping on my period which always happens. I had my third son in june 2012 and after having him I had the post bleeding of course and then in August had my procedure done.

It is now April of 2013 and I still haven’t had a period at all. So besides having my post bleeding after my june there hasn’t been a monthly period from me since before i came pregnant with him. Very strange. I have called my doctor so many times and he just tells me it’s nothing and if I want to make an appointment to go in to get medicine for cramping.

Ever since Essure has been put in I ALWAYS have very bad cramping. In October 2012 I had to go to the hospital and have tests done and be put on an EKG machine because of very bad chest pains and shortness of breathe. They then sent me home saying everything was fine. I ALWAYS have horrible headaches to where barely any medicine can help it. The alkaseltzer for cold can get the edge of my headache to go away for like 30 min so I can get good housework done. Besides that not any OTC medicine can help me. Around the time I had the EKG done I was getting light headed like if I was going to passout. That went away. Now I am always getting heat flashes that make me feel like I’m going through menopause at such a young age.

I am currently having horrible cramping that seriously feels like I am in labor with the worse headache ever. My doctor really sucks and seems to not want to help me figure out whats going on. Im in the process of finding a new doctor but I live in a small town so it’s hard. My mother wants to help me find out whats wrong and after she found this page she believes I need to have my tubes removed to get rid of my problems.

In December I had the test done to see if i was healed and can’t get pregnant. Well they wouldn’t give me my results until February 2013. After I bugged and bugged the lady at the front desk at my doctors office told me they were healed which has made me unsure on if its true because the doctor is supposed to provide that info. He doesnt return my calls anymore and or anything. I havent even got an appointment with him so a new doctor is needed.

I’m at a loss of words. I don’t even know how to feel about this. I’m just always in pain and want to figure it out. I had no issues before having this Essure done after my son was born. Before I always had a period but not with these type of cramps or headaches or heatflashes. 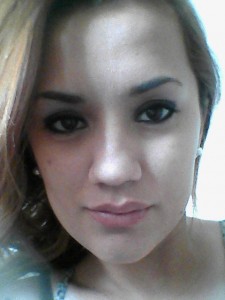