Well my story is still being worked out by which I mean the doctors won’t take them out. I’m 25 years old I had my essure done in  march 2010. Since that time I’ve had a few unexpected things come up… But before I get into what my health is currently I need you on the other side of your cell or computer to understand essure Wasnt my choice it was made by a long time I mean years of disagreements with my adopted mom.. I still love her even though as today I am unable to revise it. Which my doctor told me ‘I always wondered how youd deal with the grieving process’ In the last year or so I’ve had unexplainably bad pain and have had to get my common bile duct and pancreas cut open my periods are 3 days long and normally in the past they were a week during those cycles I get the worst migraines and more back trouble I’m more hormonal and my body isn’t happy with me and then my body changes and other things to food allergies that came out of no where and pain during intercourse and the grieving is the hardest part bout 1year and a half ago I chatty with another doc on the team as mine and she said there’s nothing wrong with me… And that she refuses to take them out… Since then I’ve dropped weight and still have issues with things regarding this device or as us woman on Facebook call it ‘ehell’ because our bodies arent OK or normal anymore and my doc  (doctors knows best)said its not the device but my hormones are higher than normal and she suggested birth control pills I was like listen I’ve tried them it caused labor like contractions and I will not do that again.. I regret the push into doing a 3 prong device and what I found out July of 2012 shocked me a contracted herpes because of what the nurse said the copper coils act like a IUD in a way and I am hoping Bayer healthcare and the fda know how much this device is not only making life hell but cause tremendous amounts of confusion regret pain physically because I’ve had more things go wrong in since I got em in than before and emotionally and mentally it drains you… And so I hope and pray everyday that one day I can get the chance to be a mom to my own child that I’ll bare here is a list of my issues since getting it done:

Migraines. Hormonally changes. Breast getting larger. Pain during intercourse. Body aches and Bad vomit like feeling. Weight gain and loss. Dizziness. And sleeping not enough or way to much. Pain during PMS and cycle and a contracted a std and heavy flows and surgical things that docs cant explain why and allergies… 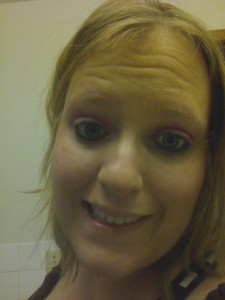