Hello…I am so happy to have found this site, and am able to share my experience with women around the country. I had the Essure implanted back in 2011 after the birth of my third daughter. I was kinda bummed because in KY, where I live the doctors don’t like doing tubal ligations, so the only option is an IUD (which i already had and ended up pregnant) or the Essure procedure. The doctor talked it up so good, so I was sorta excited to get it done. I did some research but at the time there wasn’t alot of reviews on it. I already knew I was allergic to nickel, so i was quick to tell her that before scheduling my sergery. She informed me that even though I was allergic the chances of me having a reaction was slim to none because there was only a small amount of nickel in the coil. I didnt believe her and my gut was saying dont do it, but I also had my boyfriend of 7yrs saying..get it done we cant afford anymore children. So, i decided to go through with it, I had compllications during the sugery with my blood pressure and almost died..so now its 3yrs later and I regret getting it done everyday. I have two periods an month, (not spotting) two full periods, I always had back pain but not this bad..when doing house work like cleaning dishes or giving kids a bath it hurts so bad that I cant bend back up. I’m extremly tired ALL the time its like I cant get enough sleep. The past two years I have been experiencing this pain in my abdomin that feels just like contrations during labor..constant pain in my left hip that after walking half a mile the pain is shooting down my long an going numb. I’m only 27 with three young girls..and it makes me angry and very sad that I cant even take walks or play tag..and forget about the zoo, because I have so much pain in my body. I still do those things with my kids because I cant just not live because of my pain. I dont have insurance so getting them removed is not an option at the moment. I’m not asking for a lawsuit for millions of dollars, money wont cure the pain or time, But atleast aknowledge something is wrong with this product so no more women even have the option for Essure, and give some way for the women who suffer and have noway to have them removed, allow us to get the procudure done…if that takes money ok, if its an opprotunity for us to go to a doctor an say take these out for FREE I’d be just as happy. I just want my pain and miserable feeling to go away. 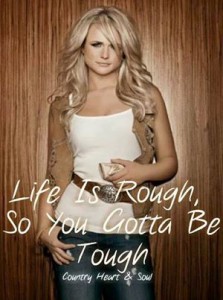