I got Essure in November of 2008 after my third child. It was suppose to be a quicker recovery time. It wasn’t, I bleed for 8 months after the procedure and was in constant pain which my doctor told me was all in my head. She wouldn’t listen to me and I was in so much pain I needed help so I turned to the streets to get relieve. I was always in pain and the more I told my doctor the more she told me it was in my head. I had three kids to take care of and my pain would let me off the couch, my headaches last any where from 3 to 5 days, my periods went from normal 3days to 7 or longer when I had one. Sometimes I wouldn’t have a period for months and then when it did come I had clots almost the size of my first son that I delivered at 23 weeks. Eventually, I had a run in with DHHS and they tried to say I was just an drug abuser and cause my doctor didn’t believe me they also thought I was lying about my pain. I then lost my children for three years and had the worst fight ever with them to get my children back which I did win eventually but not before missing my youngest child’s firsts steps, first tooth, first word, and all if his first cause they didn’t believe me either. Along with all of that my husband stop trusting and believing me, no one else did so why should he, he left me after my children were taken,he just disappeared for almost 2 years til he found out I had fought so hard for my children and was getting them back. Then he wanted to have visitation with them and I divorced him. All of these things happened cause I was in so much pain, then after 8 years of hell I finally got my doctor to do an ultra sound that showed my uterus was three time the size it was suppose to be. She wouldn’t remove the coils without giving me a hysterectomy which took me out of work for six weeks. I have lost my hair, doubled in body weight, sever back rash, constant pain in my abdomen, and my once clear skin isn’t clear anymore, I was constantly tired and felt drained,and I had no idea what was going on cause everyone that was suppose to support me was telling me I was crazy. Now that it has been removed even though I am sore from surgery, I am no longer as tired as I used to be, skin has cleared up, my hair has stopped falling out, no constant abdomen pain,and I can play with my children. I hold everything I have now a lot closer and have a major problem with trusting people when it comes to my family all because I wanted to stop getting pregnant and believed my doctor when she said this was the best choice for me. I have never felt more betrayed by anyone as I have the doctor that told me this procedure was the best fit for me. She ruined my life, my family,my body,and my ability to trust the health field providers in the medical field. I really think Essure should be taken off the market so it doesn’t happen to anyone else! 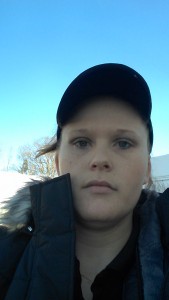