I had the Essure procedure in 2010 & it completely turned my world upside down. Weeks after the procedure I began experiencing horrible symptoms & neither myself nor any Doctor related it to the Essure coils. I spent the next 2 1/2 years in excruciating widespread pain, chronic fatigue, bed ridden at times for days, fatigue, un explained weight gain, brain fog, changes in my vision, lack of concentration, memory loss, not remembering every day words, repeating myself, back/sciatic/spine problems, tingling in hands & feet, low grade fevers & headaches daily. I also experienced dizziness, loss of balance, brain shocks, temporary paralyses on the left side of my face, stabbing pains in my abdomen, leg pain that would get so bad I could not walk, bleeding gums & the list goes on & on.

I could no longer do the things I used to do. I went from working as a manager of a bank working 6 days a week to not being able to work anymore, my quality of life was awful. I started having suicidal thoughts, social anxiety, PTSD, couldn’t do every day chores or take care of my kids the way I used to. It affected my entire family. My husband became my care taker. After many un-successful trips to the ER in April of 2012, I went to the ER because for 9 days straight I had excruciating, debilitating pain that radiated from my lower back into my buttocks down my leg & into my foot. By day 9, I could not walk. I was crawling up & down the stairs in my home. The ER told me I needed to see a Spine Doctor. The next day I called the Dr the hospital referred to me & made an appointment. She told me she was going to access my medical records through her computer & have them ready for the Dr to look at before my appointment & we hung up. An hour later my life completely changed with one phone call.

The receptionist/nurse at the Spine Dr’s office called & said to me “I was reviewing your CT scan…you never told me you had an IUD (birth control device)”& I responded with “I don’t have an IUD & I never have’ it was at that very second that I had an ah-ha moment…ESSURE! I had to have a Total Abdominal Hysterectomy removing everything but my ovaries. The Essure coils broke off & migrated into my pelvic area, a piece was screwing into my uterus & some pieces were still in my fallopian tubes. The very next day I felt so much better, better than I had felt in years (with the exception of the surgery pain).

Today, 7 1/2 months later I feel 80% back to ‘normal’. I still have a few lingering symptoms that I refer to ‘Essure Aftermath’ & have since found out that the Essure coils were made of a carcinogenic nickel. This procedure took 2 1/2 years of my life & my family’s lives. I want to prevent other women having to go through all the pain and suffering that myself and thousands of other women have been through. 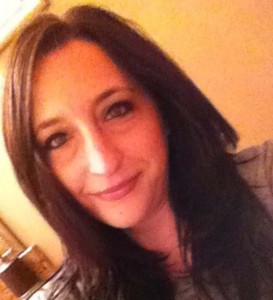