I got the Essure a month after having my 2nd son in January 2010. I was married and we didn’t want any more children.

I foun out that I was pregnant in Sept of 2012. At the time my husband and I were separated but trying to make things work.  After I told him that I was pregnant he got very angry and I got divorce papers 2 weeks later. This baby was unexpected but was my silver lining. I started to buy things because this baby was a gift to me. I worked for a hospital so the lab and I knew that I had to be careful. My doctorson were great and even performed my 1st sonogram on their lunch break to make sure it wasn’t a tubal pregnancy. It wasn’t and I thrilled but still shocked.  All my docs appointment went great.  I was considered high risk due to having the essure but that was ok because the baby was growing perfectly. Until one day while I was working early in the morning  I started to bleed. It was black Friday, the day after Thanksgiving.  I left work and went home and with my denial I took a bath. All the calls to my husband, doctors and family were made.  My sister was at my house immediately and yelled to me to get out of the bath.  I listened because I was in a fog. My mom came and got me.  My dad had 3 boys. My 2 and my nephew. I called my husband again and told him that I was on my way to the hospital, he told me to keep him updated. My sister, mom and I arrived at the hospital and my other sister met us there.  I went in right away to be checked. There was no blood. (My fault since I got a bath) I also got a sonogram from the ER doctor and blood work. The ER doctor told me that everything lpoked great. He claims that he saw the heart beating.  I was relieved but I questioned him because he wasn’t an ultra sound tech. He arrogance was amazing. He said that he could do anything because he’s a doctor in the ER. I was surrounded by my sisters and mom.  We were all happy. Then 5 mins later my blood work came back and the baby was gone.  My levels weren’t as high as they should have been.  They made my family leave the room and a sonogram tech came in to do another one plus an internal one.  I wasn’t allowed to look at the screen. They allowed my family to come back in and confirmed that the baby was gone.  We all stared to cry. Another but compassionate doc came in and asked me if I wanted the baby to be removed now or on Monday.  I was in denial because the first doc said that everything was ok.  I was losing my mind and couldn’t stop crying. Without saying anything I looked at each one of my sisters and mom and they all nodded their heads yes which meant today. I called my husband and begged him to come down because I lost the baby but he said no. The baby doesn’t count because it wouldn’t be born breathing. Crushed on multiple levels I agreed to that day.  As they were wheeling me into pre-op the first doctor apologized and I told him to never ever do that again.

In pre-op I was next to a burnt baby that was covered in bandages and needed oxygen held on for it to breath.  The oxygen kept falling off. Here I am losing my baby and this baby next to me is suffering. I tried to grab and hold the baby just to help it breathe. I think I was yelling and going crazy because my ob-gyn rushed in and injected something into my iv. I was going out as I heard her yell at the nurses for doing that to me.

I woke up and felt empty. All I could do was cry. I was released later that day.  When I got to my mom’s all 3 boys were so excited to see the baby.  I had to explain to them that the baby was in heaven.  My oldest packed his book bag with a stuffed animal and told me that he was leaving because it hurts too much. He was 5. All of the boys were crying.  They couldn’t understand and I couldn’t explain it. I was still trying to process it. My mom to took the boys to a play place so they could have fun and I could rest.

I had complications. I had to take medicine to put my uterus into labor because my body was still producing a lot and big clots with heavy bleeding.  So I was in labor for 2 weeks for a baby that I would never hold and never have.

In March 16th 2013, I had to have surgery to remove masses that grew.  While they were in there they removed the essure coils, tied and burnt my tubes, removed the masses and gave me an Ablasia. I couldn’t lose another baby.

The emotional and psychological pain still remains. I blamed my body. I asked why God gave me a silver lining but took it. I was so angry  and had a crippling depression. It affected every aspect of my life.  I couldn’t get out of bed.  I couldn’t play with my kids. I was acting self destructive because I obviously did something wrong or was a bad person so I deserved it.  I lost my job, house and any chance i had tone repair my marriage. . I pushed everyone away because it hurt too bad for them or me to talk about it.  I was invited to a really good friends baby shower and I had all of these girl clothes that I had bought for my baby.  I stood in the back and silently cried as she opened all the things I had bought for my baby.

My baby would be 3 in june this year.  After medicine, therapy and time I’m able to live again.  However, every angle birthday, thanksgiving, due date, black Friday and St. Patrick’s day I cry.  I feel the pain just as bad as now ad I did that day.

My sister got pregnant in 2013 and I was scared the whole time.  Her baby boy was fine but I couldn’t bond with it.  I was too sad. Now she is pregnant with a little girl and I have bittersweet feelings about it. I’m jealous, sad and happy at the same time.  No one ever asks me how I feel. I don’t know why but maybe it’s because they don’t want to hurt me, maybe they don’t want relive that day and the pain or maybe both.

I had a name picked out and everything. Kimber Rose.

My boys were named after guns so it was only fitting to give her a gun name but it was feminine and sweet.

My boys still talk abut her. I told them in the beginning that she was now watching us. She was a star in heaven. I told them that she was the brightest star closest to moon. One day they couldn’t see her or the moon and started to cry.  I told them that it was ok because she was just playing hide and go seek with them.  That made them happy.  They still to this day point her out randomly and tell her that they love her. Most of time it breaks my heart a little more because I had to break their hearts that day I came home with no baby.  There is nothing worse than seeing your children broken and you can’t fix it.  Some nights when they point her out I tell her thank you for choosing me as her mommy.

My child only knew love, safety and comfort. She didn’t know the pain of the world.  That helps a little but I still cry like I am right now.  It’s a very personal thing and the scars are deep.  A part of me is missing and will forever be missing until I get to hold her again.  The song ‘Beam me up’ by Pink helps too but I still cry.

Essure caused much more than physical pain.  It has damaged every part of my being.  I put so much trust into ithe being affective. 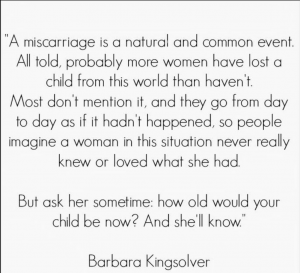