I had my procedure done at Stafford Hospital on 8-28-13. I was put to sleep due to my insurance. After it was done i was released to go home. I had mild cramping light bleeding like they said. A week or so after the procedure i started to have severe cramping like contractions but there was never a let up period it was continuous pain. It lasted for around 30 minutes but it felt like hours. The following day I started bleeding heavily i was going through a super tampon in less than 20min and it hurt to even use them everything in my vaginal area became extremely sensitive. I was having clots the size of a silver dollar. I went to the hospital and they ruled it out as back pain but said i may have something wrong with my kidneys and referred me to a specialist needless to say nothing was wrong with my kidneys. So i called my Ob-gyn to make an appointment. They couldn’t see me for 2 days. By the time of my appointment i felt so weak to the point picking up my 13lb 4 month old was hard and painful to my back and hips. At the appointment i explained my symptoms and she sent me for an ultrasound. At the ultrasound appointment the technician had no idea what to look for or what essure was. She started the ultrasound on my stomach and was taking pictures she then went to do internal and it was extremely painful. She was not able to find my left ovary due to it being so high up. I was bleeding so bad by the end of the appointment i had bled all over her exam table. I went back to my follow up appointment and they said i have 2 cyst one on my ovary and another connected to the implant itself. She basically told me to come back for my HSG test in a month and for the cysts come back in 4 months she also gave me a script of metronidazole vaginal say i may have bacteria due to all the bleeding and macrobid for bacteria as well even though she never checked me for anything. No help at all i felt like they made me feel like i was lying to them and she was giving me thing to make me move along. I came home upset and let down and just felt like i was shutting myself out. I am stressed and tired but a busy mom of 6 kids i cant be like this. I try to pick myself up and fight through the pain but some days are better than others. My relationship is deteriorating due to no sexual drive painful intercourse and depression of hating myself and body. I have since became bloated looking like im 5 months pregnant. My children are suffering with me not being able to do much with them due to pain. I just want help i am 29 with 6 kids very active female who is now to me i am nothing. Its not fair if i would have known all this was going to happen i would of had the surgery to tie my tubes the only reason i decided on essure was there was no down time and as a busy mom i cant afford down time. I feel to young to have a hysterectomy and i didn’t ask to loose all my female organs i only asked to not have anymore children. I could go much furthe . In detail bout more of the complications i a.  Having but theres not enough time in the world. I just want my life back 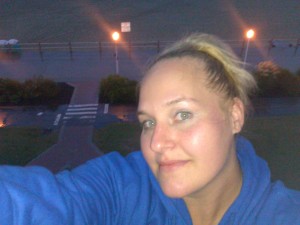