I had the Essure procedure done in April 2004 and ended up having a hysterectomy in November 2008 to get the coils out! My doctor never did a nickel sensitivity test on me and after suffering with chronic problems for 4 years and getting no answers from my gynaecologist I did my own research.

When I discovered that nickel sensitivity was a contraindication (it has since been removed as a contraindication) I had an allergy test. I have sensitivity to nickel! Yet my Gyn NEVER investigated this as a possible reason for my problems. I went from being a healthy, fit, slim, vibrant woman to; gaining 15 kilos even though I ate a very healthy diet and exercised regularly, to feeling extremely lethargic, ongoing excruciating pain, bloating, extremely heavy periods with huge blood clots, foul smelling vaginal odour and unpredictable gushes of acidic smelling fluid that would leave me embarrassingly drenched and sometimes it would burn the skin of my vulva.

I constantly needed to urinate and it was always urgent. I felt ‘sick’ all over as if I was highly toxic. I felt like I was going to die, literally. I was a single mum and it really impacted my ability to function. My quality of life was significantly reduced. I had the procedure done after getting divorced and not wanting anymore children but because of the problems that I experienced after having the coils inserted I was too embarrassed to get into a relationship. It was a nightmare.

All my symptoms disappeared after the coils were removed and I am back to excellent health, free of pain, full of energy and VERY happy however the excess weight is taking a long time to come off and I am now experiencing surgically induced menopause. Oh how I wish I could have my time over again, I would never have had this done 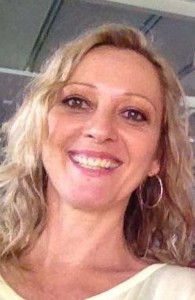