In March of 2009, my five year Mirena IUD either needed to be replaced or it was time to look for permanent options.

An OBGYN who I was not familar with starting seeing patients in my family doctors office and suggested I get the Essure Coils along with Her Option, ablasion. I had no problems with Mirena and had no period with it but since I knew my family was complete I trusted her judgement. She said with the ablasion I would get no period and the Essure can be put in within 10 minutes with no pain.

BIGGEST mistake of my life…Implanted in March of 2009 and paid over $5,000 (not covered by my insurance because ‘it was a complication from an elective procedure’) to have them removed in May of 2012 after a three year nightmare that I couldn’t take anymore. Within two months of having them placed I developed a rash on my arms/cheeks, right side pain so severe I went to ER for CT scans, ultrasounds, weight gain just around my abdomen, periods that became extremely heavy with large blood clots, and horrible debilitating PMS.

The OBGYN who convinced me to have them placed and was paid $12,000 by my insurance for 10 minutes of work wouldn’t see me once I called with problems. I was told her next opening was in a year and a half. I did everything I could to come up with the money to find a doctor to help remove these. It is now October of 2012 and I finally feel normal again. My rash is gone, my right side pain is gone, my periods are normal, and PMS is almost non-existent. 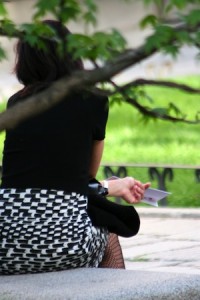