I was always ambivalent when it came to having children. I became pregnant in 2006, and had an amazingly beautiful and perfect little girl. In 2009 we welcomed a bouncing baby boy to our family, which had reached max capacity by every standard you could imagine. Two perfect babies, we were complete, happy, healthy and ready to ensure our family stayed a family of only four. I spoke with my obgyn when I was eight months pregnant about tying my tubes if I wound up having to have an emergency c-section, he declined saying he could easily do a 10-minute procedure in his office once the baby was born. I did not have a c-section, and when my son was six weeks old my obgyn and I scheduled my Essure procedure.

I was just eight weeks post-partum on September 18, 2009 when my Essure devices were implanted and all four of our lives were changed. By November 24, 2009 I was in my GP’s office complaining of headaches, back pain, dizziness, blurred vision, tightening of my chest, shortness of breathe and a general overall foggy, strange feeling. Luckily he took me seriously amd worked me up for everything under the sun. Brain MRI, stress test, echo, stress-echo, blood work, all came back normal, healthy, strong. I continued to feel badly, and my doctor diagnosed panic attcks and offered an anti-anxiety medication. I began seeing a chiropractor regularly for my back and now shoulder pain. All the while my energy level was diminishing, i was not sleepy, but a tired that felt as though a vacuum had sucked every ounce of energy from my body, my limbs felt as though there were cinder blocks tied to each of them. All the while I am doing my best raising two very small children and maintaining my household and trying to maintain a normal relationship physically and emotionally with my partner. I continued to see my GP regularly and still complained of the same things, only now including sever bloating, heavy menstruation, passing clots while menstruating, severely diminished sex drive sometimes even painful intercourse, still no tests showed anything out of the ordinary.

In the Fall of 2012 after being worked up for Lupus, thyroid and rhuematoid arthritis, I began to think the only thing i cannot account for is the Essure implants. i researched a bit and found an online support group, Essure Problems. Stunned cannot begin to describe how I felt as I read posts and stories on this site. Comfort washed over me, i was not crazy, the list of symptoms these women with Essure were experiencing, were mine. Too numerous, too familiar, too identical to be a coincidence. The adverse effects of Essure have been robbing my family and babies of ME, the real me, the healthy me, the energetic, funny, upbeat me for more than three years now. Had any of these effects been published, no woman in their right mind would risk losing so much by having these coils implanted. It has been said the easiest way to remove them is hysterectomy, at 34, I shudder thinking this is the corner I have been backed into so that Conceptus could make a profit. Conceptus’ reluctance to protect women from their products known potential side effects is appalling.

Understandably they manufacture these devices to make money, but at what cost to consumers? I have a beautiful three-year-old son who has not known a stable mother, only a depressed, lethargic shell of the woman she used to be. My five-year-old has watched me slowly fade away. My hope is that by sharing our stories we can help women understand, the risks associated with this procedure were not published or told to many of us, so now we suffer, our loved ones suffer, our hope is that no more families feel the devastating effects of this ‘simple procedure’. Sign this petition and help Erin help us get Essure off the market. 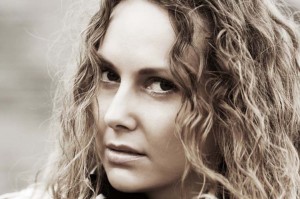