Hi! I was 33 when I was looking for an Ob in 2012 to do a tubal ligation on me, since it was clear I was done having babies. I found one and I went to her, and she seemed legit. I spoke to her about my wants and my needs. She asked me questions, and took down my medical history. Given that I already had 3 c-sections and what I thought was a right ovary removed, I had scarring that would make it difficult, in her words, to do a tubal ligation on me. She suggested ‘Essure’, the ‘non-evasive’, no down time procedure.

I did not imagine that I’d be in and out of the hospital. I was scheduled for Oct 22, 2012, a month and a half before my 34th birthday. Everything went as planned. I went to the hospital and was under minimum sedation. I was out of the hospital in 2 hours after the procedure was done, with only Ibuprofen for the pain.

A day or two later, I was curled up in a ball with so much pain it wasn’t even funny. I was told I didn’t need to worry it would subside. The doctor  told me to take the pain pills as needed. Twelve days after procedure, I was bleeding and it wouldn’t stop. I talked to the doctor she said I give it a couple more days. It went away in a couple more days.

Three weeks later my Fiance and I tried to get intimate, but it hurt so badly that he stopped. After that I bled again for two days. I thought it was my period, so no big deal. Three weeks later, my fiance and I tried it again. This time it didn’t hurt, but I cramped and started bleeding again for two days. My doctor had me come in, and did blood work, and a pap. During the pap she was just lightly touching my cervix and said I was bleeding.

All through out this time, my left leg and left hip would go numb to the point of hurting. I am unable to put any weight on it. After two weeks, we got the results to every test. Everything came back normal, so I asked her to remove the Essure. I am now 5 weeks after the removal of the Essure. I have no bleeding, no pain, no numbness, and no dizzy spells. 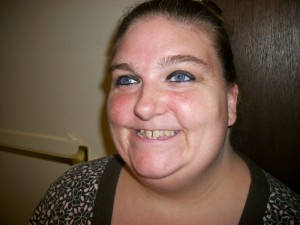