I had Essure in May 2011. With two young kids, a business and a very busy schedule, it seemed like a very good alternative to having my tubes tied. By the end of June 2011, I was in the ER because I thought I was having a heart attack with chest pains and trouble breathing.

Light-headedness, dizziness and some nausea. After testing and a follow up I was told it was just an anxiety attack and prescribed medications for anxiety. That was a first for me in my 39 years. I continued with symptoms of fatigue, brain ‘fog’, shortness of breath, pain on my joints, irritabilty, unablility to focus, and a host of others including aching and sometimes stabbing pain in my lower left pelvic area and also heavier periods with more clotting.

More testing and they found my thyroid a little low and gave me a script for that. Still continued with symptoms and added joint pain to the list. At my next follow up, I was diagnosed with ‘major’ depression and anxiety and given yet another script, I even have been in therapy. This has been ongoing for almost two years and it was not until recently that I accepted the timing of my Essure procedure and my symptoms together (should have listened to my Mother!). When asking my doctors – all three of them – none had heard of Essure causing any problems.

I am fortunate in that I have a great Gyn that listens and is trying to help. Last week I had my Essure coil removed through laproscopic surgery. I was able to only have my tube removed (I only had one) and not a complete hysterectomy for which I am thankful. I am still quite sore from the surgery, but have high hopes and have already seen some positive changes.

I hope that I can update my story with better news in the coming months. I am so thankful to have found this site as well as Angie’s facebook page. I am not alone anymore and it is just that the medical community has some catching up to do, not that I am crazy! Thank you! 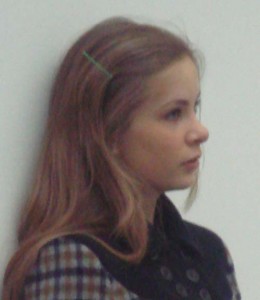