My name is Wendy and I had the procedure done in October 2010 after my third child. I have severe migraines which I was taking medication for but it is not helping, severe lower back pain just before my period starts to the point I cannot walk, sit, stand or if lying in bed I cannot move from the waist down without the most excruciating pain I have ever felt.

My periods are so heavy that I have had to use extra means of feminine products and sometimes that does not even work to where I flow through a few layers and then some and the pain/cramping the week before I start is unbearable and I just want to rip them out!  Weight gain is off the charts! I now weigh more than I did when I was pregnant, I was working out with a trainer, eat healthy but nothing was getting the weight off I was just gaining and gaining, I do not sleep due to the pain when I lay down in my back, not being able to move once I lay down is scary.

I have started menopause early with hot/cold sweats, terrible mood swings and have become withdrawn from my life in general. With having a 2 year old, 6 and 7 year old it kills me that I cannot play and have fun with my kids due to the pain or the heat in the summer. I want these things out and not sure how to go about doing it? I do not have the money to get them removed so what can I do? 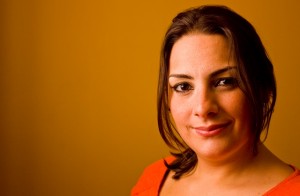