After 3 high risk pregnancies & complications we decided that after the birth of our third son in Sept 2009 that he would be our last. We looked into tubal ligation & were reccomended the Essure because I had just had a cesection. I had the Essure placed in Nov of 2009. was told I would have light cramping & spotting after for a day or two. Well that day I could do nothing but lay in a hot bath & bled so much it turn the water red! After a week I felt better & everyhing seemed ok. Until Feb of 2010 when I had what I thought was my first period after baby. I bled heavily for a month straight! Stop for 2 weeks & start bleeding again. This happened for the next 2 1/2 years.Made appt with dr & was told it was from the depo shot I had in Oct!  The pain started in March 2010. It would be so bad at times I couldnt do anything but lay in a hot bath. Saw the dr several times over the next 2 1/2 years & was told it was all normal & that they couldnt find any reason for the pain or bleeding. Finally in June of 2012 I had had enough & went to another gyno. was told by him thatmhe had had several women with problems from Essure done by other drs. Because I am so young (27 at the time) he wanted to try birth control to control bleeding & help with pain. But said if this didnt help in 3 months then we would have to do hystrectomy if that is what I wanted because there was no other solution. Well come to find out I was allergic to birth control pills. They made everyhing worse & I developed dibilitating migraines. So on August 17,2012 I had a partial hystorectomy. I kept my ovaries & cervix. I have felt great since then! NO PAIN NO BLEEDING. If I had known the possible complications I would have NEVER gone through with it! I was made to believe there were no side effects or complications! Lets get this horrible product off the market!!! 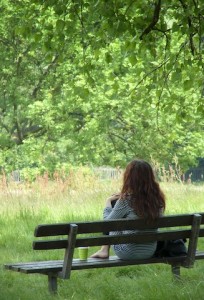