I had the Essure procedure 6 weeks after my fifth child was born. I chose Essure because my Doctor told me that it was so easy and safe and that I would not have any down time. I had to return to work and with a house full of children, a husband and a job, I could not afford weeks to recover from a surgery to have a ligation. Also, since I had my babies at home, ligation after birth was not even an option for me.

I had the Essure procedure done as an in-office / outpatient procedure. The Doctor told me it was a ‘clean’ but not sterile procedure since they were going in transvaginally. The procedure was over quickly, but I had very sharp pain immediately following and a headache which they told me was from the pills they had given me. I asked about the pain then and they said it would fade and be completely gone before I had the follow up test. It was not.

I went back a few weeks later and told them I could feel them and that the pain was severe. They told me it was probably not them and asked if my husband was faithful. They tested me for all types of STD’s and did ultrasounds to check for ovarian cysts. They could not even see the implants on ultrasound. They told me to wait until after the final test to make sure they had worked. They said the pain was most likely just the tubes scarring over the implants and again, it would fade. The follow up test was excruciating and the pain got worse. I waited a couple of months, then went to another Doctor. I went to one who I knew was familiar with the Essure procedure hoping he would know more about side effects. He also reassured me it was probably not them. He actually suggested I may have endometriosis and recommended a laparoscopy to check for it. There was no endometriosis, but I wound up with an abscess on the back of my uterus from the biopsy that spread to my intestines when they did a second surgery to clear the abscess. I spent two weeks in the hospital fighting a severe infection and wondering every day if I was going to have to have full blown abdominal surgery, maybe lose some of my intestine or a hysterectomy. Then two more weeks home sick with a pic line in for IV antibiotics.

I still have daily pain and it gets so much worse during my period and during and after sex. No one believes I can feel those implants still. I really thought I was going mad as I have friends who also got the Essure procedure who say it is great. They have never had any issues.

My normal life has been devastated by this procedure. My sex life has diminished because of the pain. I have 4 new scars from the two surgeries I was never meant to have and I feel that I am dangerously close to a hysterectomy. I still get headaches at least four times a week. Doctors have told me they are from stress. If I wasn’t now so deathly afraid of getting another serious infection from surgery I would just schedule the hysterectomy just to see if I could get some relief.

I am so glad I found this website and I will sign the petition. I really thought I was alone in my suffering. It is amazing and terrible that I am not. 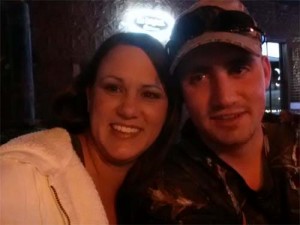