After the birth of my son back in August 2010, I decided that I was finished with having kids and wanted permanent birth control instead of taking something daily, monthly etc.

My family docotor at the time gave me a brochure for essure and told me to read it because this was a procedure that he had performed on women in his office and it was a quick procedure that required no surgery. I decided to go with Essure and had it implanted by him in January 2011. The procedure was uncomfortable but bearable at the time and I went home and felt fine.

I actually never went back to have the confirmation test done to make sure that everything was okay. I can’t really narrow down when I started to see a change in myself, but I know that the things that I have experienced over the last 2 years was not happening prior to having the Essure procedure.

Overtime I began to have blurred vision and my eyes feel like they are straining most of the time. I began having these moments when I really do not feel like myself and I sometimes have to work really hard at conversating with people because my focus and concentration is not how it used to be. I was also not a headache person, but now I am getting frequesnt headaches. These issues have been going on for at least the past year. However; one night in early February of this year 2013, I experienced the worst headache in my life.

It was so bad that I was up through the night and even an 800 mg Motrin would not relieve it right away. I went ahead and scheduled an appointment with a new Family doctor and I explained to her all of my symptoms. I went through some testing (hormone level tests, CT Scan, MRI) and was referred to other types of doctors in the interim. I have seen an Opthamologist, A Neurosurgeon and an Endocrinologist who have all reported back to me that everything looks fine. Although they did find a cyst on my pituitary gland in which I was advised that these can be normal and if my hormone levels are fine then it is up to me if I want to have the cyst removed. So here we are today.

I found this website last week after having a conversation with my dad about birth control. It had not dawned on me until then that I should research the Essure procedure. After reading some of these stories, I am now convinced that this has to be the problem. One woman’s symptoms were almost identical to mine except she referred to working hard to concentrate as ‘mental fog’.

I spoke with a Gynecologists affiliated with my new Family doctor and found out that there is a procedure that can be done to remove the coils and it is called a Sapingectomy in which the fallopian tubes are removed.

Looking forward to discussing this procedure more thoroughly with the Gynecologist and ready to feel like myself again. So happy to have found this website where I can share my story with other women that have had issues with their health physically and mentally so that we can help prevent other women from going through this. 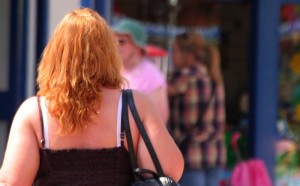