Upon arriving at the hospital I was asked if I could be pregnant because they needed to do xrays. I said I was not on birthcontrol so they ran a pregnacy test. It was positive.

I was in a troubled relationship at that time but decided to remain pregnant. My son Zac was born 2005. He is a blessing. I terminated my relationship shortly after he was born due to abuse. After having Zac because of my age and the 10 yr age gap between him and his older brother John, I spoke to my doctor about birthcontrol. I told him of my fears of surgery and I didnt want to be cut open. He talked to me about essure implants and said it would be less evasive and little to no recovery time.

I had the essure procedure done. I was cramping constantly and bleeding off and on for several days. This was explained as being normal while the scar tissue is forming. At my 3 month visit the doctor told me I am blocked and it would take superman to get me pregnant. Its been about 8 years since. During this time I have had painful ovulation. Sometimes to the point of not being able to stand. Worse than giving birth.

One time it was so bad my son asked me if I was having a baby. I have missed work from it and usually by the time I get to the doctor the pain has passed. The doctors dont even try to look into this even though I keep telling them about it. They have found two fibroid tumors on my uterus. I never had before the procedure. They blame all my issues on that not the implant.

I have gushing irregular cycles. I usually have to wear both pad and tampon. I am bloated and weigh 50 lbs more than I my normal weight. I have headaches. I have fatigue. Tired all time. I have nightmares about the implants.

I have gone a long time without health issues but have it now and want to do something. Also I am not sure if it is related but I tried to donate blood at a blood drive at work and I received a letter saying the hiv was inconclusive and they could not use my blood. And were banning me from donating. I freaked out and went to my doctor. She ran hiv test.

It came back negative. She said it could have been a glitch in the machines they use. I’m on here today because I am ovulating and hurting so bad. MY fiance does not understand how bad I hurt. Sex is painful and usually suffer for hours with cramps after. I dont know what to do. I want them out! I want the old me back. I sufferfom depression and am just not myself and havent been for a long time. 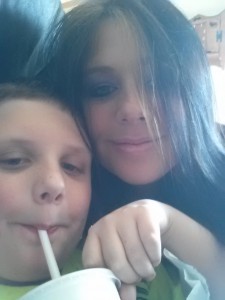 One thought on “Corena’s Story”