I am 35 yrs. old, with a 14 year old daughter. I got the Essure Procedure done 2005. I was told it was less invasive than getting your tubes tied and recovery time was less than a day. It sounded all good to me, but I couldn’t have fathomed that I’d be dealing with 4 years of pain and agony. My recovery time went well and I went back for the test to make sure tubes were completely blocked and they were.

About a month after having them implanted my menstrual period began to change. There would be months where I would have unusually long periods; I’m talking like two weeks, when normally mine were only five days. Sometimes it would be short like two to three days. Sexual intercourse was painful where as it had not been previously to having this procedure done. I made an appointment with the OBGYN who did my procedure and explained what was going on with my body and I asked did this have something to do with the essure coils. He assured me that the coils could in no way have caused these problems. Okay so I just have unexplained vaginal bleeding for no reason. Next came the most horrific pain in my lower abdominal area, the pain was so terrible I could not walk, it felt like something was poking me. I eventually made another appointment with my OBGYN again to go over my problems and it’s like he didn’t even listen to what I was saying and again told me that these coils were not the issue.

I had been dealing with vaginal bleeding and pain for years since getting the essure coils and then one night right after intercourse I had excruciating pain in my pelvic/abdominal area on my right side. I was literally crawling on the floor because I could not walk. My boyfriend took me to the E.R. and it ended up being that I had cysts that ruptured and they said follow up with my OBGYN. When I did follow up with the obgyn and told them that I had a cyst that ruptured and he acted like I was making it up. He questioned me asking, ‘who told you that you had a cyst” I told him they told me in the E.R. So he sent me to another place days later to get an ultrasound done, which by that time the cyst had dissolved. I started looking on the internet and googling essure and saw that there were others out there who were experiencing the same problems I was after this procedure.

After about 3 years of dealing with the same Obgyn and getting nowhere I asked for a copy of my medical records because I was going to another OBGYN and getting a second opinion. I did not receive my full medical records from my doctor for some unknown reason but what I did see was that they had added something in my chart that never happened. It was stated that they talked to me about endometrial ablation due to my irregular bleeding and pain. When I went to the second OBGYN and I’m explaining everything, he calmly tells me that the coils could not be causing any of my symptoms. This doctor also performs the procedure so I do believe he is biased. I ended up having another cyst that ruptured after intercourse and had to go to the E.R. When I followed up with the Obgyn again he ordered an ultrasound. This ultrasound does show evidence of a cyst but it also shows that my left essure coil is missing and the right one has moved. How in the world does a coil go missing? I have no idea. But also how does the right one move out of place? This is what has been causing my issues, I’m sure of it. I asked the second Obgyn about getting the coils out and he told me the only way to have them removed was to have a Hysterectomy. That is what I chose because the pain was excruciating and affecting my normal daily activities. In Dec.2009 I got a partial Hysterectomy at age 31. After the Hysterectomy, guess what? NO MORE PAIN. I for one am glad that more women are speaking out about their problems. I really hate that the doctors do not listen and act as if we are crazy and don’t know what we are talking about. There are some serious problems with these coils and something needs to be done about it!! 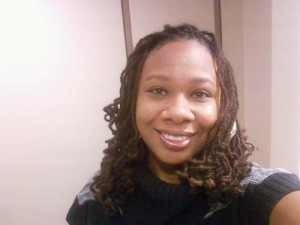