The End of a Relationship

In 2010, after years of waiting and praying, Adrian and I were finally blessed with another pregnancy. We had honestly given up hope and made peace with the fact that we were just meant to be 3 girls and a guy. We were beyond ecstatic when we found out that baby number three was a boy. Adrian could not even contain the excitement that he felt! Finally, he had someone on his side… Or so he likes to think, anyway!

My pregnancy was not great. No matter how much I love being a mom, my body hates being pregnant! I felt awful. I developed high blood pressure and little man was born a couple weeks early. It wasn’t a big deal, he was still perfectly healthy. Through my pregnancy, I decided I was absolutely done having babies. We decided to “shut down the baby factory” for good. I had decided on a tubal litigation, because it had already become a family ritual with my mom and both of my sisters going through it without any trouble.

My OBGYN told me about a cool new option on the market. It was “just as effective as a tubal”, “easy in and out procedure”, “non-surgical”, and “non-evasive”. This amazingly, awesome product goes by the lovely name of Essure.

So, with my family complete, I went into my OBGYN’s office to fill out the paperwork and schedule the procedure. Essure are these little coil devices that are inserted into your Fallopian tubes. After three months, your tubes should have created scar tissue around the coils which essentially closes the tubes off completely and ends your baby making career. You must go to a radiologist at the end of the three months and go thru the “dye test”, where they shoot dye into your uterus to confirm that nothing will get thru. It sounded pretty simple and so we began the paperwork. My doctor and I went thru every form. At the bottom of the last consent form, it asked if I was allergic to nickel or iodine-based dye. I explained to my doctor that in 2002, shortly after Adrian and I were married, I went to a General Practitioner because I had a blistering rash on my ring finger, middle finger, and pinky. The GP explained that it was probably due to the high nickel content in my wedding ring. I traded my ring for a sterling silver one and have never had another problem. I let my OB know that costume jewelry turned my skin green within about 30 minutes of wearing it. I also let her know that I might be allergic to iodine because I had an outbreak on my hands after I ate some salad shrimp, which is known to be high in iodine. My trusty OB doctor assured me that these were not the reactions they were concerned with. The form was asking if I had ever had any internal reactions to nickel or iodine. Since I had never eaten a nickel, I told her I didn’t think so. I trusted this all-knowing professional and completed the paperwork.

On March 11, 2011, I showed up for my appointment, took some Valium and hydrocodone and waited for the doctor. The insertion of the Essure devices was pretty uncomfortable, but I honestly have a pretty high pain tolerance. She gave me a shot of Depo- Provera to protect me until I could have the confirmation dye test and sent me home. For the next few days, I was a little crampy, but life went on as normal. I went for my confirmation test three months later and my OB assured me I was completely blocked. Life was great!

When I began gaining weight, I figured it was because I had quit smoking and my metabolism was just getting slower. When my lower back started to ache so bad, I assumed it was due to the epidural that I had gotten with my last baby. I didn’t get one with my first two babies. When my joints ached really bad, I blamed it on the extra weight I had gained. When my periods got so incredibly heavy that I couldn’t leave the house, I assumed this was the “heavier periods” the Essure pamphlet warned me about. I blamed my extreme fatigue and my horrible memory on mommy duties and a busy life.

I began to become a little more concerned when my extremities started getting numb after sitting for five minutes. I began having horrible headaches. I could no longer wear any metal jewelry; it would turn my skin green within minutes and make me itchy. I couldn’t wear makeup because I would break out; I never had skin issues before. My hair had become extremely thin and would come out in clumps when I would wash and brush it. I developed this metallic taste in my mouth and my teeth began breaking extremely easily. I made an appointment at the local clinic and had blood work done. I had them check for everything!

Now, this is where my life gets a little interesting. I had been in prayer. Lots of prayer for me to feel better, for my sanity, for my small business that was falling apart before it even got going good. I prayed. When I came home from the clinic that day, I sat down exhausted into my big comfy chair and got on Facebook. On my screen, in the “Suggested Pages”, there was a page called Essure Problems. I “liked” the page and began reading. The commonly reported symptoms were almost all the same as mine. There is not a person alive that wants to find out that a “safe medical device” is the cause of their unexplained medical problems.

I decided to wait for my results from the test I had done at the clinic. All the test came back normal and fine. The doctor put me on a weight loss pill to help me lose the extra pounds and sent me on my way.

I took the pills. I ate healthier. I started exercising. I lost 4 pounds in a month. For comparison reasons, my sister took the same pill and lost over 15 pounds. I decided to do more research on Essure and the problems it was causing other women.

I found that one of the main ingredients in Essure is nickel. Many of my symptoms are the same symptoms that people experience when they are allergic to nickel! I called the implanting doctor first. She had an opening in December. It was June. I was not waiting that long! I went back to my new favorite Facebook page and went through their list of doctors to find another one close to me. I called a doctor 30 mins away and he had an opening in July. I made the appointment, and waited.

Lots of things changed in my family’s life from the end of June till the middle of July. I closed my failing business. We endured a sewage backup and lost our home. We moved to a new, smaller home, in a new town. I had to reschedulethe appointment with the new OBGYN.  Then his office had to reschedule. Through this time, I had a few new symptoms show up. My skin felt like it was on fire, like pins and needles pricking my arms and chest, every time I was in the sun. I was sweating constantly, like I was enduring 120 degree weather, instead of sitting inside my home with the ac blasting! Then I developed this absolutely horrible sharp pain on the right side of my abdomen. I called for a quicker appointment with the new OBGYN and I was able to get in to see the NP at his office. She sent me to have a sonogram and ultrasound. After getting the results, she determined that I needed to have the Essure coils removed. My body was attacking from every angle against anything that wasn’t supposed to be there. My body was fighting and causing me to literally fall apart. I went in to see the doctor for a preop. He felt that I should have never been implanted with Essure after disclosing my allergic reactions to a metal substance. On October 2, 2014, I went in for laparoscopic surgery to remove my Fallopian tubes and the Essure devices. I am currently four days postop and I am hoping for the best outcome. I seem to be healing well. The doctor warned me that it could take my body years to return to normal or I could be back to my old self within a few weeks.

I trusted Bayer, the  makers of Essure, and their product. I trusted my OBGYN to know what was best for me and felt she would never intentionally put me in harms way. I trusted people that I believed to be smarter than me. That relationship has come to an end. I am the one in charge of my body and my health.

I will be back to myself. I’m not sure when I’ll get there, but I will get there. As the pharmaceutical companies and doctors who pawn their products become wealthier, I will continue to grow stronger and become more aware. I will listen to God and follow the path He leads me down. I will love and grow with my family while I do it. 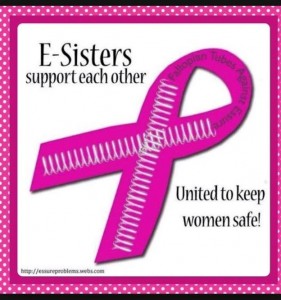 One thought on “Rhonda’s Story”