I am hesitant to post my story on the site, but have decided that my voice needs be to heard. My husband John and I have been married for six years, and I have always wanted children. But unfortunately, I was born with Cerebral Palsy, and while the disability does not prevent me from having children, it complicates the situation.

Over the years I have developed arthritis in my hips and I have been working with my Gynecologist on plans for when and if I become pregnant. At my August 2012 yearly appointment my doctor told me that my arthritis has gotten to the point where pregnancy would be dangerous for me and recommended that I not have children. I was reeling from this news. I felt like my heart had been ripped out. For as long as I can remember I wanted to have children.

Once I composed myself my doctor and I started talking about permanent solutions for birth control. My doctor suggested that I get an endometrial ablation and Essure to prevent pregnancy. He gave me pamphlets on both procedures and told me to call back and schedule the procedure after I thought things through. I showed the pamphlets to my husband and we both did internet research on the ablation and Essure. Neither one of us had found any negative statements about the procedures and decided that they were the best option.

I scheduled the procedures for September 21, 2012. After the procedure I woke up in the recovery room complaining of severe pain on my left side. The recovery nurse told me that it was caused by pulling on the tube during the procedure and that everything had gone smoothly. I was sent home and rested for four days before returning to work. The pain in my left side was still persistent and I had begun to run a fever. I called my doctor’s office and was asked to come in for a vaginal ultra-sound to look for signs of infection and correct coil placement. The ultrasound did not show anything out of the ordinary. This appointment was one week after the procedure.

Two weeks after the procedure the pain on the left side and fever were still present, but I began experiencing other thing as well. I was beginning to feel run down, like I had been hit by a car, I started bruising easily, I would get chills and then the most horrendous period of my life started. The bleeding, cramping and clotting was gut wrenching. I felt nauseous all the time and fatigued. The period lasted a month and a half. The pain on the left side had also changed as well. While the pain is always constant, there are times when I bend or turn that the pain feels like a burning and something catching and tearing in my tubes. This pain takes my breath away and I break out into a sweat.

Three months after the procedure I had another follow-up with my doctor. I told my doctor about all the symptoms I was having and asked if they could be the result of the procedure. He said no that there are no known symptoms like the ones I described associated with either procedure. He then said that perhaps the arthritis was the cause of my pain. I was shocked. The words felt like such a low blow, I was so hurt. I shot back that it was pretty coincidental that the pain I was having did not start until I had Essure implanted.

I left the appointment and started searching on the internet matching my symptoms. I came across a group of women on Facebook that had started a page called Essure Problems. I looked at that page and saw there were many women who were experiencing the same symptoms I was experiencing. I was relieved and sick at the same time. I was so glad that there were others like me, but also sad and upset that we were all in pain and being dismissed. I joined the group and listed my symptoms and asked if anyone else could give me some guidance on relief or help. They responses I received were those of understanding and commiseration. Many said they were going through the same things and I may only experience worsening symptoms.

This group has become a community of women brought together by the pain of Essure. I rely on the group for support when my symptoms become too much. It has been almost a year since I have had the Essure procedure. I still have all the symptoms I mentioned above. I can no longer deal with the pain, the fevers, fatigue and the horrific periods. I have decided to get a partial hysterectomy later this year. I want Essure out of me and I want the pain to end. I hate that it has come to this point. I am also extremely angry that not only have I had to deal with the emotional pain of never having children, but the pain caused by Essure is constant daily reminder of this sad fact.

Essure has made my life hellish from the moment that it was implanted. The only good thing to come from this is the fact that my husband I have become closer. He has been so supportive, even on my worst days when the pain makes me become angry at everyone, including him. He often says that he’s sorry I’m going through this and blames himself for not doing further research on Essure. I don’t blame him for this at all. I researched Essure and found nothing negative until I started having specific symptoms. Essure needs to be removed from the market and women need to know the pain it has caused. 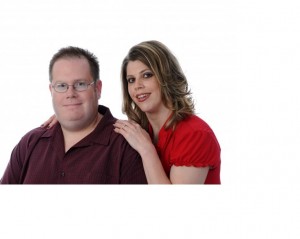