I had the Essure procedure done on November 1st 2012, after giving birth to my second daughter on September 12th 2012. I was told that this procedure was more effective than a tubal because of the design of it.

I opted for this procedure thinking it was a good decision because I had a 1 year old at home that I needed to be there for and didn’t want to go under for a tubal. I had so many women tell me how they had given birth even after having tubal’s and I didn’t want to risk it. We have four children together my husband and I, so didn’t want to further push our families stability or our children’s health or safety. We work good jobs but a person can only do so much.

There was only a slight problem when my Doctor inserted the spring into my right fallopian tube, then the second without a hitch, however afterwards I suffered terrible cramps. I have never in my life had menstrual cramps. So after a couple days of mild pains after the initial procedure I felt back to myself and then on about the fifth day I felt a pinch or prick inside, then it went away then that night another.

After only a few more days I could literally feel those springs inside me every moment of the day. I researched again how these springs are supposed to work and found all information to be void of any answers for me. It all said you weren’t supposed to be able to feel them at all. No pain after initial procedure and then some slight to possible discomfort when they performed the dye procedure at 3 months later.

Within 3 weeks, I was in pain constantly and had begun to have pain through my back and pelvic area on a rapid pace. I could not get relief. Finally after a while I believed that this was not just healing pains or ‘recovery’. I called my Doctor’s office and told them what I was feeling and requested them remove them immediately.

Luckily my fears of her saying no were erased when the next day she called to say she was concerned and would remove them the very next day, since it had only been a month and I should have been healed and never felt them at all.

The next morning I was admitted to the hospital and went under at 12:30 pm for her to remove the Essure springs from my tubes. This was done as well as her removing my entire fallopian tubes from both sides. Her fear was that even though blocked, I may have a tubal pregnancy so she opted for complete removal, which I was fine with being as birth control was the reason for this seemingly simple procedure.

Today it has been 1 week and 1 day since the surgery to remove them. I immediately felt better. I can’t feel anything in my back or pelvic area and am due for my check up on December 17th.

I have to add that I am a reasonably healthy woman. I have had numerous physicals and tests due to pregnancy and always used this same doctor. There is no reason for anyone to experience this pain. I hurt so much while those were inside me, I couldn’t stand it. I think about things like ‘of course this would hurt, women with scar tissue from endometriosis hurt from the pain of the scar tissue, so these little plastic and nickel coated springs seem like they would in hindsight’.

I hardly ever take any medicine, even Tylenol. I am one of the women who are in tune with her body; I know when something is amiss or wrong or the slightest bit off. This was a nightmare for the last week they were there. I am thankful for the Doctor being concerned enough to help me with my immediate request for relief and removing them.

So far the only thing I have heard from her, is I am her first out a several hundred to a thousand women who have had a problem like this. I feel relieved to be done with it and I don’t have these foreign objects in my body.

I hope there are more women out there who listen to their bodies and do what they need and speak up no matter what.

Essure is not an effective birth control.

I won’t take the pill because of chemicals and dangers, and IUD’s scare me more than the Essure did. But I’ve learned my lesson and hope now to help advise anyone with only my opinion about this product…and that’s all it is a product sold to you to look better … make decisions wisely, Listen to your body. 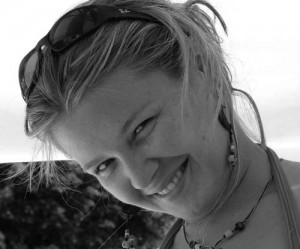