On October 7th of 2012 I was diagnosed with Pulmonary Emboli and DVT in the left leg.  I had previous issues with miscarriages and migraines and they speculated a blood disorder that causes too much clotting.  That day my doctor told me that I would never be able to take hormonal birth control again.  And that I should also never get pregnant again as I could have serious complications with myself or the baby resulting in death.  I was a 32 single mother at the time and my options were copper IUD or Essure.  As I could not have surgery being on blood thinners for clots that had no reason to have developed.  I saw my gynecologist and she suggested Essure. She did not tell me of any negative symptoms.  Just that it was the best choice for me, since I turned down the Mirena (even though my PCP under direct orders said no hormones.)

December 7, 2012 I went in for a out patient surgery of Essure placement and uterine ablation.  The ablation was to help with the severe menstral cycles that the blood thinners were causing.  (Or so she said).  Then the nightmare began.

I was loosing weight prior to the implant of the coils.  With in 2 weeks I gained about 15 pounds.  The mestrual cycles were at least 14 days long sometimes going into a month long.  Severe cramping, bleeding and clotting.  My headaches/migraines, worsened, and on a good day I look like I am at least 4 months pregnant.

April 7, 2013 I was taken off of blood thinners.  They said that my periods were being effected by the blood thinners.  To this date 7/25/2013 I still get periods that last 2 weeks long with heavy bleeding, I just don’t have the huge blood clots.

My sex life has diminished not only do I not have the ambition to have sex, but it hurts TERRIBLY.  It feels like someone is ripping my insides with a meat cleaver.  I had the HSG done and they were ‘perfect implants and 100% blockage.’ I have gained over 60 pounds in less then 6 months.  Most of it around my mid section.  I am also allergic to Nickel have been most of my life.  Never once was I told that was what these coils were made out of.  I was just told surgical metal.

I was never told about the problems these coils would cause.

I am a single mom who most of the time is too tired to take care of my 12 year old son.  I have missed work for some of these issues… especially when I am bleeding heavily and have to change a super plus tampon and a incontinence pad to work. I am supposed to get married to man who has two younger kids and I don’t have the energy to be the step mom I should be.

My gynecologist completely ignores all of my symptoms and thinks that I should put in the Mirena on top of the coils.  I have since stopped seeing her.  My PCP thinks that I should have gastric by pass surgery to take care of the weight problem.  I don’t think one surgery should have to be done to fix another if it is not removing the issue.  No one will remove the coils.

I all for knowledge and having the most of it.  I know that my situation put me in a spot where I didn’t have too many choices.  I did the best I could with the information I had presented by a team of doctors I trusted.  I feel lied to and let down. 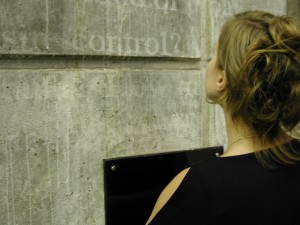