Being 40 and having an IUD for 5 years which was expiring, I was looking for a permanent form of birth control. I heard of Essure a few years prior and thought “wow, this sounds too good to be true” – in office, no surgery and back to normal activities within 24-48 hours. With a 5 year old and an active lifestyle, I thought this was a perfect fit.

In October of 2012 I had the Essure procedure done at my OBGYN’s office. The procedure did not go well and took an upwards of 1.5 hours to complete and was extremely painful. I bled heavily with severe cramping for seven days straight.

Within two weeks of the procedure, I began to have symptoms I have never experienced before; tingling/numbness in my face, hands and legs, joint pain, extreme fatigue, migraines/headaches, dizziness, night sweats and blurred vision. Due to these symptoms, I went to my General Practitioner which conducted many blood tests as well as a head/neck MRI and thyroid ultrasound (ruling out issues like MS and Lupus, etc.). I also went to a chiropractor and a neurologist twice in which they were not able to find anything wrong.

While all of the tests were going on and coming back normal, I suspected Essure was the culprit. I went back to the implanting OBGYN which I have trusted for over 6 years and told her my concerns. She did not confirm nor deny Essure was the issue and wanted me to go for additional tests, which I did. I went back to her a second time to again stress my concerns with Essure, especially since the procedure was difficult. At this time, she only directed me to do the 12 week confirmation dye test and nickel allergy test and come back and see her after that was done. To my surprise, my nickel allergy test came back as an irritant to nickel!

My third and final visit with her was successful. I gave her all of my additional tests and told her I cannot continue to live in constant pain and wanted the Essure out. She gave me several choices and I decided to schedule an appointment with a referred fertility specialist as I would only like my tubes and coils removed.

I am concerned that minimal side effects were listed on the website/literature and that my doctor did not advise inform me that they contained nickel. It also disturbs me that not many healthcare providers know about Essure or want to handle a case of removing them as it could be a liability to them. I feel I have been put into a very distressing situation where I have to make a life changing decision on whether I only want my tubes removed or go for an entire hysterectomy to ensure they entirely gone from my body. This was not the future I was looking for when all I wanted was to be free from having any more children.

In hindsight, I should have heeded my mother’s advice on “if it sounds too good to be true, it usually is”! I hope to soon be pain free and back to myself again and live Essure FREE!

I would like to give a special thanks to Angie and the Essure Problems Facebook group. Without this group and the advice and support of the amazing women in it, I would have never known of the other women and their same struggles that I am facing. 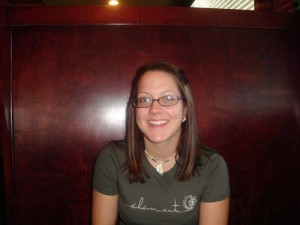