I got the Essure procedure done in 2007.  A ‘ten minute’ procedure ended up with a broken camera inside me and three hours of intense pain.  I then had to have 2 HSG tests done to confirm blockage because the first time, they didn’t record the measurements correctly.

My health has progressively gotten worse since then, and I am one of many who have to suffer daily due to not having insurance or money to afford to have the coils removed.  My life has changed drastically.  My family is suffering as well due to me being so sick most of the time that I cannot do many things with them.  A list of my symptoms include weight gain, extreme hair loss, chronic fatigue, severe and debilitating menstrual periods with heavy clotting and cramping, periods every two weeks with extended days of bleeding, numbness and coldness in hands and feet, swelling and edema, bloating to the point that I look pregnant, chest pains, nasty rashes on my ears and arms, insomnia, depression, lack of sex drive, painful intercourse, and severe joint pain, among many other symptoms.

None of these symptoms where there prior to getting the Essure procedure done.  I am a 35 year old mother of two, and it isn’t fair that I am missing out on much of their childhood due to my health.  I pray someone will listen to our cries for help soon.  I also pray that help comes for those of us that cannot afford the surgery to have the coils removed.  Having this procedure done was one of the worst mistakes I have ever made, and I wish that I had done more research instead of putting my faith into my doctor, whom I thought I could trust. 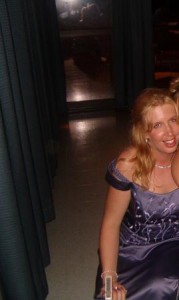