My nightmare with Essure began in 2012 after the birth of my second daughter. My husband and I decided our family was complete and we should check into a permanent birth control. So after discussing all our options we felt Essure was the best way to go.  We liked the fact that it did not have any down time since i had a newborn at home. So in September 2012 I went in for outpatient surgery to have Essure performed. My ObGYN decided to put me to sleep and perform the procedure. I started having problems in Oct. 2012. I developed anxiety and started having panic attacks. Then all my other symptoms came. It was constant trips to the doctor trying to figure out why I went from being completely healthy to having so many health problems. Some days i didn’t even want to get out of bed I felt so bad. And the doctor bills were piling up.  I knew that Essure had to be my problem since i was fine before I had it done. My doctor finally decided to run some test and in September 2013 a year later my doctor decided to remove Essure and my tubes because my body was rejecting it. I was so excited because I thought my nightmare would be over. But here it is almost a month later and I’m still having problems and afraid now i will have to have a hysterectomy at 30 years old because Essure caused so much damage. I really feel Essure has taken so much away from me…but i will not let it win!!! I just pray one day I can be rid of this nightmare! 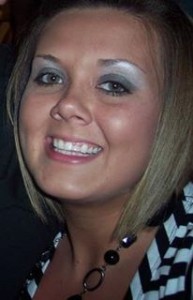