I had Essure implanted in September 2009 with the advice of my doctor (I had never heard of it before). I went in to seek advice on my birth control options, my Doctor recommended the Essure because I was under 30 and only had one child and it was ‘easily removed’. I believed him and after doing light research I was scheduled for surgery.

After a year had passed I began having pains when I was active. The symptoms progressed and became worse even without being active. I would swell up severely after any type of activity. After several tests with results being normal my new doctor tried to remove the Essure coils but was unsuccessful. I have been sent to a physical therapist, several gyn doctors, pain management doctors and had every test done including exploratory surgery, laparoscopy and endoscopy.

All test results were normal. As time progressed I continued to get severe pain, primarily on my right side. After ending up in the emergency room, another ultra sound was done and revealed cysts on my right ovary. After an over night stay I was discharged with an order to follow up with my gyn. Doctor said everything was fine.

This past Monday I went and saw a doctor that is a specialist in what I needed. She recommend I have a hysterectomy – she along with every other doctor I have seen. Now I am 32 years old, I am unable to have children even though I only had one child and I need to make a decision on whether or not to allow someone to remove a huge part of me. I am currently on birth control as pain management. It is the only thing that helps, (I don’t like taking pain killers) for some reason it helps the symptoms not be so severe. I still have a constant pain, every so often it spikes into a sharp stabbing pain and it grows roots and spreads throughout my abdomen, down and around throughout my entire midsection and into my back. I am at my worst when I am ovulating the pain is paralyzing.

I live in fear, if I am active I will regret it. I’m terrified to be with my fiance because more often than not it hurts more than anything I’ve ever felt in my life. I feel I have a high tolerance for pain, I had a natural birth with my daughter. I’m a United States Veteran and a good person. I feel I deserve better than to have a doctor take away my life, take away my daughter’s mother. I am a shadow of the woman I used to be, desperately searching for help. On Tuesday I have a follow up with my gyn and I will be scheduling my hysterectomy shortly after Thanksgiving. 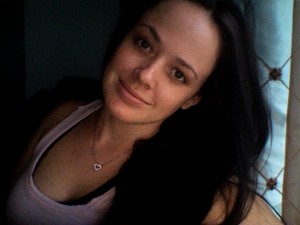